Ketu South: Traders appeal to Government to Intervene in GRA’s move to Sack them from Lot 7

Scores of traders mostly women took turns to pour out their frustration about the 'sack notice' to GhanaNewsOnline.com.gh saying they all owe their livelihoods to trading on and around the lot 7 and any attempt to remove them in times like this would be a show of inhumanity. 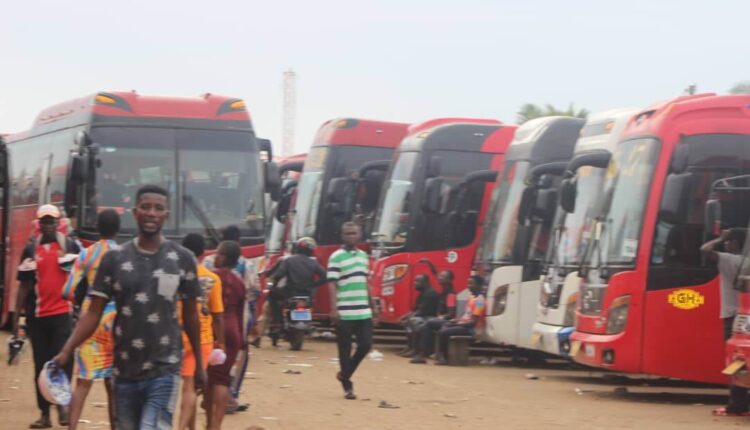 Some aggrieved traders operating at the customs designated parking lot 7 at the Aflao Boarder are appealing to the government to intervene in a decision by the customs division of the Ghana Revenue Authority (GRA) to sack them (traders) from the area.

Spokesperson for the traders, Richard Sosu, who expressed the concerns of the traders to GhanaNewsOnline.com.gh during a fact finding visit to the area on Monday June 1, 2022 said the decision by the GRA customs to eject the traders from the lot will be detrimental to the livelihoods of the over five hundred citizens who are engaged in various trades on that portion of land to cater for their families.

According to the spokesperson, the traders received a verbal message from the Aflao sector commander of the GRA customs, Assistant Commissioner Majeed Amandi on May 22 to the effect that the parking lot 7 has been allocated to OA Travels, operators of long distance buses for the company’s exclusive use and that all persons operating any form of business or trade on and around the lot 7 should take steps to quit the area by the June 7, 2022, to avoid being forcefully ejected.

Sosu said the traders have been trading around the lot 7 for several years now and sacking them at this time without making any provision for their relocation would adversely affect  “our living conditions and those of our defendants as trading here is our only source of livelihood: we are not against GRA  Customs’ decision to allocate the lot to OA Travels as we are fully aware that GRA Customs owns all the parking lots at the Aflao Boarder – all we are asking and appealing to the authorities is to consider the welfare of the hundreds of traders (citizens) hustling around here just to make ends meet”.

Scores of traders mostly women took turns to pour out their frustration about the ‘sack notice’ to GhanaNewsOnline.com.gh saying they all owe their livelihoods to trading on and around the lot 7 and any attempt to remove them in times like this would be a show of inhumanity.

A source close to the Transport Unions Council of Aflao (TUCA) observed that OA Travels is a limited liability company which doe not belong to or operate under any transport union and for that matter had no business taking over parking lots for vehicles operating under transport unions. The source lamented the GRA Customs’ decision to release the lot 7 to OA Travels and said, that move is not in the interest of the general public as it will not only deprive the traders of their livelihoods but will also disrupt the activities of the various transport unions operating at the Aflao boarder.

The source wonders why OA Travels wants a special lot for its operations when the company is already loading from the lot allocated to all long distance buses and called on the GRA customs to reconsider its decision. Some GRA customs officials GhanaNewsOnline.com.gh spoke to could neither confirm nor deny the issues as the sector commander was not available for comment as at the time of filing this story. 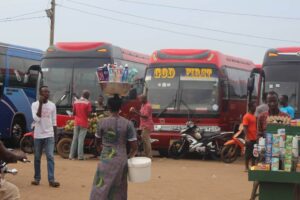 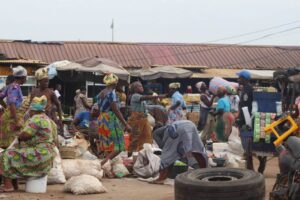 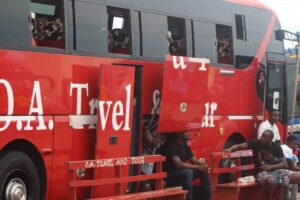 GOT A STORY? Share with us. Email: [email protected] or [email protected] WhatsApp: +233(0)244822034
GovernmentGRAKetu SouthLot 7OA TransportpassengersTradersTransport Unions Council of Aflao
0
Share FacebookTwitterWhatsAppTelegram
Subscribe to our newsletter
Sign up here to get the latest news delivered directly to your inbox.
You can unsubscribe at any time