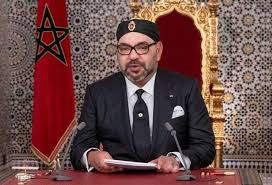 “Floods, drought and other effects of climate change are driving millions of African men and women from their homes,” the King argued.

King Mohammed VI described climate change as a “driver of forced migration in Africa” in a report to the 33rd African Union Summit in Addis Ababa, Ethiopia.

Morocco’s Head of Government Saad Eddine El Othmani submitted the report yesterday on behalf of the King, following the establishment of the African Migration Observatory.

“Floods, drought and other effects of climate change are driving millions of African men and women from their homes,” the King’s report states.

Migration in Africa is often associated solely with poverty; however, other factors such as climate change are at the root of the phenomenon, the document argues.

The King’s report went on to stress the role of migration in development, highlighting that migrants sent £529 billion to their countries of origin in 2018.

“These remittances very often exceed official development assistance and foreign direct investment,” it points out.
However, Africa is the continent that receives the lowest remittances.

The transfer of funds represents an “untapped potential,” the report argues.
Remittances to Africa can be a real lever for the endogenous development, the report underlines, noting in this regard that the digitalization of remittances “must be accompanied by increased traceability and productive and sustainable use of savings by diasporas, in order to create wealth in the long term.”

However, stereotypes about African migration “remain a universal misconception,” the King emphasizes in his report, arguing that security approaches, political instrumentalization, and electoral calculations contribute to the distortion of the migration phenomenon.