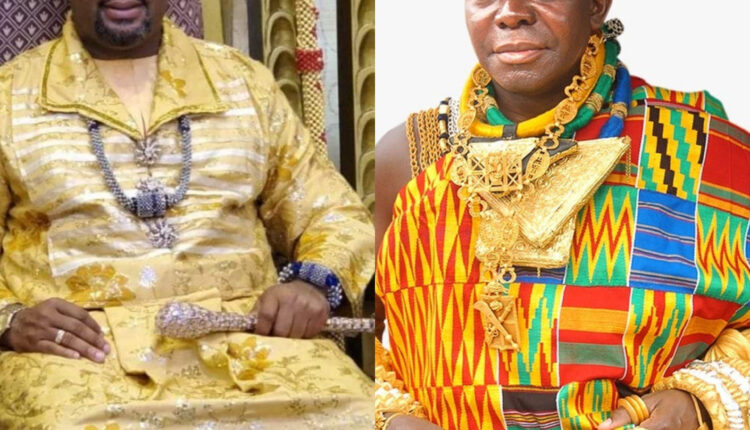 The king of the Igbo Community in Ghana, HRM, Eze Dr. Amb. Chukwudi Ihenetu has sent a royal goodwill message to His Majesty Nana OTUMFOU Osei Tutu II, the Asantehene on the occasion of his birthday.

In the message, HRM King Chukwudi stated that the Asantehene is prestigious among many kings in Africa, and an awesome leader who has brought dignity and distinction to the Chieftaincy institution in the continent.

‘We acknowledge and applaud your numerous achievements in your private and public service.

Your Majesty, we are awed that since you ascended the throne, you have operated out of the box, doing community and other development projects that your predecessors never thought of. In the process, you have become the first traditional ruler in all Africa to receive World Bank support and funding to do projects in the educational sector (building more than 42 primary schools and giving bursaries to bright students from poor backgrounds who would otherwise not go to school). It is on record that By 2009, the Otumfuo Educational Fund was supporting over 4,000 students across three levels – primary, secondary and university.

Moreover, you initiated a Water Project, which was again funded by the World Bank to bring borehole water to 1,000 communities across Ghana. This is most magnanimous.

It is noteworthy that you have been a part of consolidating democracy in the sub region. You are also instrumental in resolving Chieftaincy tussles, a major example is the Dagbon conflict, you were the prime mover in terms of settling the crisis and that also hinged on the historical link between the Asante Kingdom and the Dagbon as well as Dagbon and the Gonja and Mamprusi.

As you clock a new age, today your Majesty, I, and the entire Igbo Community in Ghana wish that you enjoy abundant grace to lead better than you have ever done.

We pray that the soil you walk on shall continue to yield a bountiful harvest. The sun that shines upon you shall never hurt you and your people.

So, we are grateful for the life of Otumfuo and all that he continues to do,” he stated.

GOT A STORY? Share with us. Email: [email protected] or [email protected] WhatsApp: +233(0)244822034
BirthdayEze Dr. Amb. Chukwudi IhenetuIgbo Community in GhanaKingoccasionOtumfuo Osei Tutu IIsalutation
0
Share FacebookTwitterWhatsAppTelegram
Subscribe to our newsletter
Sign up here to get the latest news delivered directly to your inbox.
You can unsubscribe at any time

Statement: Mother’s Day wishes from the General Supt. of the Assemblies of God Church