Even a failed state like Somalia which has its entire budget financed by the IMF has not been sold.  It is very unfortunate that people can come out boldly and call for Ghana to be sold 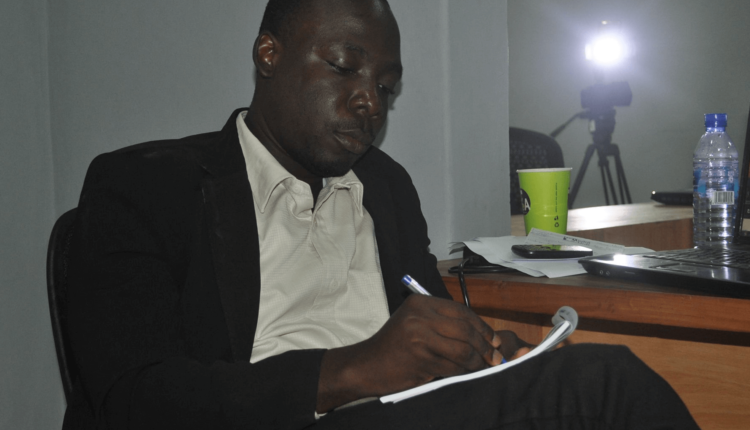 Those calling for Elon Musk to buy Ghana are surely descendants of the ancient people who connived and conspired with the European Merchants to sell Africans into the diaspora during the slave trade some four hundred years ago.

Interestingly, in the heat of the slave trade, those ancestors never even  thought of selling the Gold Coast but the people . Today, the descendants of   those strong and brainy people who were captured and sold into the new world are the ones promoting the growth and development of Europe and North America.

So assuming Elon Musk buys Ghana, what then happens to the people living in the country? De we assumed  that all  the 31 million inhabitant  will become slaves of Elon Musk? Who takes custody of the money on behalf of the people of Ghana, where will the money be kept since everything has been sold to Elon Musk including the banks? And how much is  the offer ?  You see why some of our people have weak brains even though some of them claim to be lawyers and doctors, philosophers and historians? .

Some of these people calling for Ghana to be sold, no doubt, are highly educated in our society. Some are lawyers , doctors, lecturers  and professors. Do we assume that this is what they teach their students ? Their utterances indicate that they lack wisdom. how do you  think of selling  a whole  country that gives you food to eat, water to drink, security  and everything  this is really serious.

Even a failed state like Somalia which has its entire budget financed by the IMF has not been sold.  It is very unfortunate that people can come out boldly and call for Ghana to be sold . ‘The people can easily burn markets’, a quote from Justice Atuguba, former Supreme court Judge.

The point is we need to be circumspect in our utterances and I expect the  Ghana Police service  to begin interrogating  these guys  since their utterances are a threat to national security . Even the entire US$240 billion dollar wealth of Elon Musk cannot purchase Ghana’s estimated Gold Reserves

HOW THE SLAVE TRADE STARTED

According to the New York Times Magazine ,Sometime in 1619, a Portuguese slave ship, the São João Bautista, traveled across the Atlantic Ocean with a hull filled with human cargo: captive Africans from Angola, in southwestern Africa. The men, women and children, most likely from the kingdoms of Ndongo and Kongo, endured the horrific journey, bound for a life of enslavement in Mexico. Almost half the captives had died by the time the ship was seized by two English pirate ships; the remaining Africans were taken to Point Comfort, a port near Jamestown, the capital of the English colony of Virginia, which the Virginia Company of London had established 12 years earlier. The colonist John Rolfe wrote to Sir Edwin Sandys, of the Virginia Company, that in August 1619, a “Dutch man of war” arrived in the colony and “brought not anything but 20 and odd Negroes, which the governor and cape merchant bought for victuals.” The Africans were most likely put to work in the tobacco fields that had recently been established in the area.

Forced labor was not uncommon — Africans and Europeans had been trading goods and people across the Mediterranean for centuries — but enslavement had not been based on race. The trans-Atlantic slave trade, which began as early as the 15th century, introduced a system of slavery that was commercialized, racialized and inherited. Enslaved people were seen not as people at all but as commodities to be bought, sold and exploited. Though people of African descent — free and enslaved — were present in North America as early as the 1500s, the sale of the “20 and odd” African people set the course for what would become slavery in the United States.

The broadside pictured above advertised a slave auction at the St. Louis Hotel in New Orleans on March 25, 1858. Eighteen people were for sale, including a family of six whose youngest child was 1. The artifact is part of the collection of The Smithsonian’s National Museum of African American History and Culture. Its curator of American Slavery, Mary Elliott, cowrote the history of slavery below — told primarily through objects in the museum’s collection.

In the 15th century, the Roman Catholic Church divided the world in half, granting Portugal a monopoly on trade in West Africa and Spain the right to colonize the New World in its quest for land and gold. Pope Nicholas V buoyed Portuguese efforts and issued the Romanus Pontifex of 1455, which affirmed Portugal’s exclusive rights to territories it claimed along the West African coast and the trade from those areas. It granted the right to invade, plunder and “reduce their persons to perpetual slavery.” Queen Isabella invested in Christopher Columbus’s exploration to increase her wealth and ultimately rejected the enslavement of Native Americans, claiming that they were Spanish subjects. Spain established an asiento, or contract, that authorized the direct shipment of captive Africans for trade as human commodities in the Spanish colonies in the Americas.

Eventually other European nation-states — the Netherlands, France, Denmark and England — seeking similar economic and geopolitical power joined in the trade, exchanging goods and people with leaders along the West African coast, who ran self-sustaining societies known for their mineral-rich land and wealth in gold and other trade goods. They competed to secure the asiento and colonize the New World. With these efforts, a new form of slavery came into being. It was endorsed by the European nation-states and based on race, and it resulted in the largest forced migration in the world: Some 12.5 million men, women and children of African descent were forced into the trans-Atlantic slave trade. The sale of their bodies and the product of their labor brought the Atlantic world into being, including colonial North America. In the colonies, status began to be defined by race and class, and whether by custom, case law or statute, freedom was limited to maintain the enterprise of slavery and ensure power.