Under your watch, police officers who were being investigated for their alleged involvement in a bullion van robbery were murdered 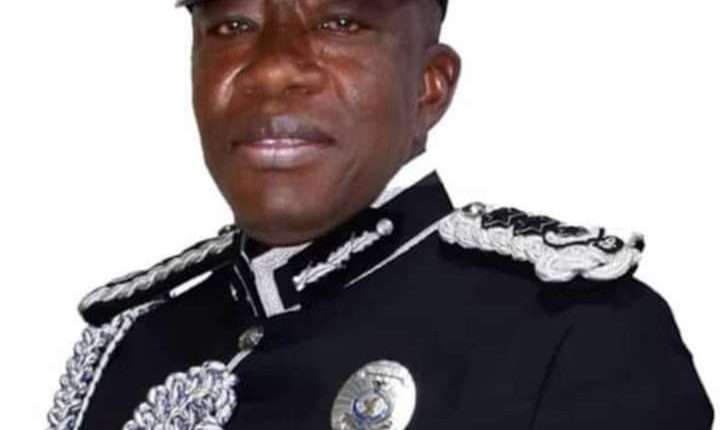 We thank God that the CID director Ken Yeboah is leaving the police service today. Crime will surely reduce in Ghana Now that you are a civilian like us, We shall meet on the flip side very often.

When five innocent young men were murdered in Gomoa Fetteh, you took me to a police truck at CID headquarters to show me bullet holes from an alleged exchange of fire the deceased had with the police which resulted in their death. You knew it was not true. You knew that the police were misled. You knew innocent souls had been taken but you covered up even when you knew that the police themselves shot into their truck to fake an exchange of fire. I want to put this on record. There are too many good police officers in the system. God bless them. They told me that you are a liar!!

Under your watch, police officers who were being investigated for their alleged involvement in a bullion van robbery were murdered and again, the police service claimed that there was an exchange of fire where ONLY THE SUSPECT DIED. Funny!!! You can deceive gullible Ghanaians to believe this stup!d account, but some of us know that those guys were murdered to cover up crimes in the police service.

Mr Ken Yeboah!! This life is short, and power is transient. You see that all too soon you are no more a CID director? You are not even a constable. This is the reality of life! It’s time to account for everything you did. Anyone who takes a life, directly or indirectly, or support the taking of an innocent life will suffer and die a miserable death eventually if they don’t confess and pray for forgiveness. There is God! There is God! There is an almighty God! Seek him and pray for forgiveness; Innocent people were killed but you covered up.

For so many years, many innocent young people have died at the hands of the police who are supposed to protect them. Police officers stuff peoples cars with illegal drugs and and turn around to arrest them. Those who can pay are released. Those who can’t pay, suffer. Amofa was shot and k!lled at Kwabenya while drinking beer with friends. Later, police like you told us that he was an armed robber. Some police officers in Ghana have engaged in serious armed robbery. Not long ago, police attacked and k!lled a colleague officer who was only doing his job to take care of himself and his young family.

Sadly, those evil police officers were murdered to coverup. Even good police officers are not safe from the evil in the police service because of men like you!! You put me in harm’s way, but I’ve forgiven you. #Pray for forgiveness. I won’t miss you!! You are a #badcop. And oh, before you leave the service, tell that woman at arms and ammunition or whatever you call it that I, Kwame A Plus, I said I’ve put her on my list! She should be very careful. Bright Oduro didn’t survive it! Tiwa didn’t survive it. She won’t survive it!! Tell her to be extra vigilant. I have an eye in her office!!! I’m not fearless, but fear will not stop me from being the man I’m supposed to be.

By Kwame A Plus