Which Lands Minister signed the Agreement between the Lands Ministry and Clemence Gyato to reclaim encroached State Lands and be paid with portions of the State Lands which they turn around and share with government officials? 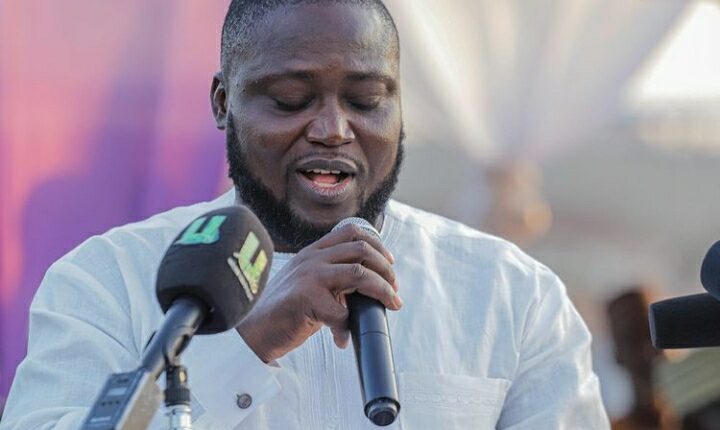 Following the confirmation by the Executive Secretary of the Lands Commission that the Lands Ministry had an agreement with the notorious Landguard, Clemence Gyato and his vigilante group, Anyok Holdings the following questions arise;

Which Lands Minister signed the Agreement between the Lands Ministry and Clemence Gyato to reclaim encroached State Lands and be paid with portions of the State Lands which they turn around and share with government officials?

Is President Akufo-Addo aware, what has he done about it?

When is Samuel Abu Jinapor speaking about the illegal Agreement signed by the Lands Ministry which he heads?

Then Goro-Boys like Clemence Gyato and Laurence Sackitey are used to takeover the Lands, which are then shared among faceless persons and developers…

Samuel Abu Jinapor must make public the Report on the Cantonments Civil Aviation Landgrab commissioned after the La People and Civil Aviation workers resisted an attempted stealing of that State Acquired Lands; which should have rightfully been returned to the La Stool.

LAND LOOTING IN THE NAME OF THE MILITARY:

After the Dome Faase and Kpletso Military Landguard activities which have not been properly investigated nor culprits arrested and prosecuted;

Today, Four (4) men in military uniform attacked people at Shukura near Dansoman where they shot and wounded some people in an attempt to steal lands in the name of the Military…

Out of the four (4) men in Ghana Army Uniform who were subsequently arrested by the Dansoman Police, ONLY ONE (1) is confirmed to be a military officer while the three others also in military uniforms during their Landguard operation were not military officers…

What happened to the two (2) men in military uniforms nearly lynched at Dome Faase while they were undertaking a Landguard operation for the Apedwahene of the Okyehene.

The Apedwahene himself an ex-serviceman, is still walking free…

The Okyehene described his Apedwahene as a criminally-minded person, but that should not be the end of the matter…

The Military High Command promised to investigate the 15th April, 2021 Kpletso Shooting and Assault by armed men in Ghana Army Uniform, nothing has happened since then.

The Defence Minister, Dominic Nititul must make public the Report or Findings of the investigation into the Kpletso Shooting and Assault of unarmed journalists and citizens of La.

The Kpletso Shooting and Assault which happened in the presence of DCOP Kwesi Ofori and other senior Police officers has not elicited a police enquiry despite Petitions to the IGP.

The IGP, Dr. Dampare must make public its Report or findings of the investigation into both the Kpletso Shooting|Assault case and the ownership of the Cantonments Civil Aviation Land, if any…

The freezing of assets of all Land Thieves is an imperative for EOCO and OSP.

GOT A STORY? Share with us. Email: [email protected] or [email protected] WhatsApp: +233(0)244822034
Anyok HoldingsAsoma-CheremehClemence GyatoGovernmentJohn Peter Amewu.LandguardlandsLands Minister
0
Share FacebookTwitterWhatsAppTelegram
Subscribe to our newsletter
Sign up here to get the latest news delivered directly to your inbox.
You can unsubscribe at any time

The Military and Landguardism in Ghana