Pressure is mounting on Ghana’s National Security Minister Albert Kan Dapaah to resign after he was captured in a leaked video spending some romantic moments with his supposed mistress.

The lady who does not show her face instructed the minister to show his face and the pyjamas he was wearing.

“Are you going to miss me when you’re on the flight?” the lady asked the minister, to which he replied: “Of course!”

The lady, who would not show her face, then asked the minister what he was wearing and asked to see it.

“I want to see your pyjamas; I want to see the front, the back; like the way you did it yesterday”, she demanded.

“Turn around let me see it, is it trousers or shorts, raise your legs; nice, wow, what brand is that, it’s nice, you have good taste, yeah”, she said.

He then said: “I wish I can hug you like that day and it was so nice; it put me to sleep immediately”.

“The last time you did, didn’t it put me to sleep?” he asked the lady.

“It did, it put you to sleep”, she affirmed.

The minister then said: “I’m going to the bath now to have a bath with you; we’re going to bath together”.

The lady then refers to Mr Kan-Dapaah as “babes” and said I love you.

Watch what your National Security Minister Kan Dapaah is busy doing and the state of insecurity in Ghana continues to worsen. @NAkufoAddo

Something must kill a man!? pic.twitter.com/L9qGjGKWC4

The leaked video has triggered various reactions from Ghanaians with some calling on the minister to resign.

He told Accra-based Starr FM that the development is disturbing.

If I were him, it would have been prudent to resign by now. It’s taking too long, we haven’t heard anything.”

The Executive Director of the Centre for Human Security and Peace Building, Adib Saani also called for the head of Kan Dapaah.

He said “for him to get embroiled in such a reckless act and exercising such poor judgment speaks a lot about how messy a Kan Dapaah-led National Security.”

I see nothing wrong with 2 adults having intimate conversations over the phone. But, as National Security Minister, Hon Kan Dapaah should have known better. I hope he does better next time. Big lesson to all ‘big men’.

We all are not perfect so if you blast him a little, 3y3… 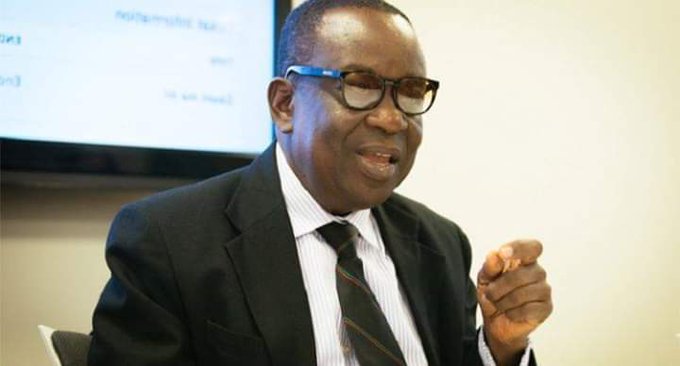 56 people are talking about this

I pray Kan Dapaah takes her on. Recording such a private intimate chat is highly unacceptable and against the law. Should be a test case for society.

Whoever this lady is, she is the most dumbest woman on earth. How could you

Disclaimer
Ghananewsonline.com.gh is not responsible for the reportage or opinions of contributors published on the website. Read our disclaimer.
Send your news stories to ghnews101@gmail.com and via WhatsApp on +233 24 482 2034.

NCA CASE: I had no knowledge of IDL, NCA contract – Baffoe-Bonnie tells court

The Politics of Petroleum Pricing in Ghana

If the 13 NDC MPs could not ‘reject’ Akufo-Addo’s killer Ministers, the remaining 124 must do it at the plenary

Ghanaian sensational rapper and boss of Uptown Energy, Yaa Pono AKA Ponobiom has released his much anticipated diss song dubbed

Spotify to be launched in Ghana soon

The National House of Chiefs has added its voice to the current debate on the activities of Lesbian, Gay, Bisexual,

The Politics of Petroleum Pricing in Ghana

Any cookies that may not be particularly necessary for the website to function and is used specifically to collect user personal data via analytics, ads, other embedded contents are termed as non-necessary cookies. It is mandatory to procure user consent prior to running these cookies on your website.