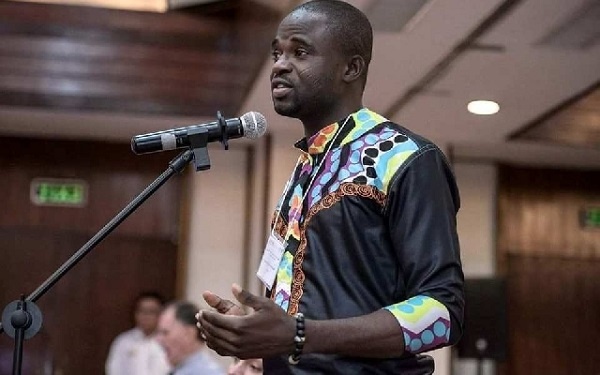 It will be recalled that Yao Domelevo was sued by Osafo-Maafo for surcharging him over the US$1millon paid to Kroll Associates in 2017.

Domelevo’s decision to touch Osafo Maafo is perceived to be what culminated in the President’s order for him to proceed on leave.

Providing details on the controversy on his Facebook page, Manasseh revealed that the Board Chairman of the Audit Service, Professor Edward Duah Agyemang was Osafo Maafo’s attorney in the Osafo-Maafo versus Auditor General case.

“After thoroughly reading documents, court judgment and rulings, the Auditor-General’s issue is worse than I thought. Sickening!” he posted.

“The government said the decision to force the Auditor-General to go on leave was recommended by the Board of the Audit Service.

The Board Chairman of the Audit Service, Prof. Edward Duah Agyeman, was the one representing Yaw Osafo-Maafo in the Kroll Associates court case involving the Auditor-General and Osafo-Maafo.

“And the Auditor-General was expected to take orders from Board Chairman who was representing his opponent in the court case.”

“Let that drama sink in.”

Manasseh also took issues with the Supreme Court with some conclusions it made on the case.

Manasseh cited that the Supreme Court failed to rule on the case that was referred to it by the High Court and passed a different verdict.

“So why did the Supreme Court fail to rule on that, but instead, ordered the Auditor-General to inspect within 10 days? Remember the Auditor General had argued in the High Court that the Audit had already been completed and during the time of the audit if the evidence was actually available, the Senior Minister and Finance Ministry would have made it available.”