"It is rather unfortunate that even though we are in the month of October 2022, staff salaries for the month of September, are yet to be paid 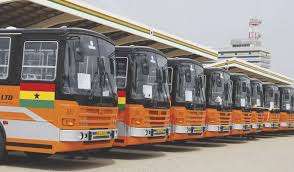 Management of Metro Mass Transport Ltd (MMTL) has assured Staff of the company of its resolve to ensure that salary arrears owed them for the month of September 2022, are duly paid.

A memo to all staff of the company signed by its Deputy Managing Director, Richard Osei Bamfo, and copied to other heads of department of the company communicated this information.

“It is rather unfortunate that even though we are in the month of October 2022, staff salaries for the month of September, are yet to be paid-Indeed management is not unaware of the untold hardships this unhealthy development is having on staff and their families,” it noted.

The memo however attributed the development to a recent strike action embarked upon by the workers for five days running which it says deprived the company of the needed revenue, inturn affecting it’s efforts at mobilising funds to pay staff salaries.

It added that the company’s financial position worsened within that same period following a 15% increment in fuel prices without any commensurate upward adjustment in the company’s fare levels.

NDC Regional and National Elections: Council of Elders call for Descipline and Cohesion