Mrs Rashida Zilkar, Project Manager, Inspire to Act, Girls for Girls Rights project, speaking during the exhibition forum, said the project was designed to teach girls to use arts and drama as a voice to speak against SGBV in their communities. 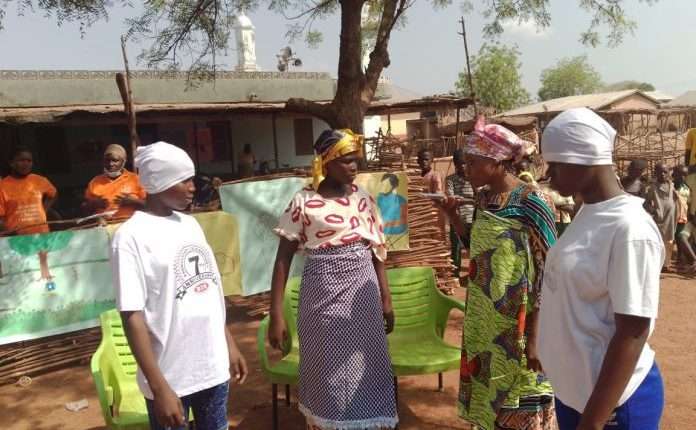 An exhibition forum on ending sexual and gender-based violence (SGBV) has been held at Mion District in the Northern Region to draw stakeholders’ attention to challenges confronting girls’ growth and development.

Selected girls from some schools in the district participated in the forum to perform drama and exhibit some of the SGBV challenges confronting them, and the need to stop such acts in communities.

It was organised by Inspire to Act, an NGO, to climax its Girls for Girls Rights project, which was implemented in six schools with four beneficiary communities including Mion, Sambu, Salankpang and Sang.

Inspire to Act implemented the project with support from the Youth Initiative Small Grants.

This was in line with the Power to Youth project being implemented by a consortium of NGOs including Songtaba, GH Alliance for Sexual and Reproductive Health Rights (SRHR) and Youth Advocacy Ghana, and led by Norsaac.

The Power to Youth project is funded by the Ministry of Foreign Affairs of the Dutch Government.

Mrs Rashida Zilkar, Project Manager, Inspire to Act, Girls for Girls Rights project, speaking during the exhibition forum, said the project was designed to teach girls to use arts and drama as a voice to speak against SGBV in their communities.

Mrs Zilkar said young girls in the area were vulnerable and required the support of all stakeholders to help address the incidence of child marriage, sexual harassment, teenage pregnancy and school drop-out.

She emphasised girls’ right to education saying any attempt to impede their growth and development was a clear violation of their fundamental rights.

Mr Nelson Konlan, Mion District Director of Education, whose speech was read on his behalf, said SGBV was a threat to development in the area expressing need for more collaboration between government and NGOs to help tackle the situation.

He commended Inspire to Act and partners for implementing the initiative saying girls were crucial partners for communal and national development.

Miss Abdulai Yusira, a student of Sang Community Day Senior High School expressed gratitude for the project saying “It has helped to build my confidence as a girl to speak out on my right on SGBV issues through arts and drama.”

Naa Alhassan Issah, Chief of Salankpang appealed to Inspire to Act and partners to prioritise implementing the second phase of the project to ensure young girls in the area were not abused.

He advised girls in the area not to succumb to peer pressure but to take advantage of various initiatives by the government and other NGOs to achieve their goals.

World AIDS Day: ‘How I returned to HIV treatment and good Health’