Our political landscape has been monetized and poor but brilliant and experienced people are finding it difficult to participate in elections, including District Assembly elections. 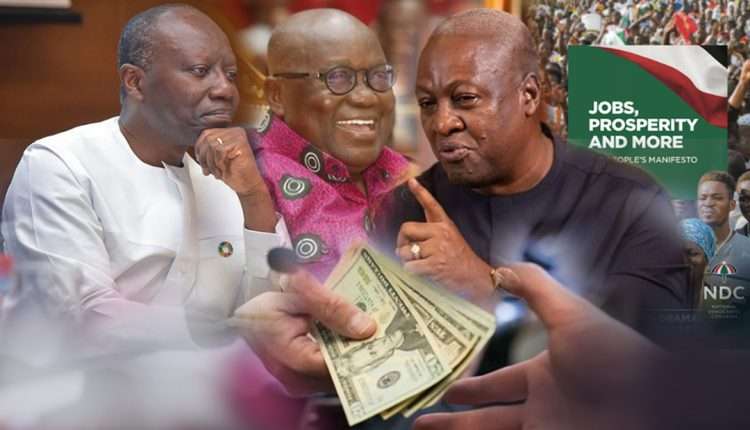 Article 42 of the 1992 Constitution stipulates that every citizen with sound mind, who is above eighteen years, has the right to vote and be voted for in a public election and a referendum.

Since the inception of multiparty democracy in Ghana, in 1992, General Election is held every four years to choose the President and Members of Parliament (MP).

There is no doubt that money now plays a great role in Ghanaian politics. The cost of contesting elections has increasingly become very expensive.

Our political landscape has been monetized and poor but brilliant and experienced people are finding it difficult to participate in elections, including District Assembly elections.

In 2018, the Westminster Foundation for Democracy (WFD) and the Ghana Centre for Democratic Development (CDD), reported an estimate 59% increase in the cost of running for office as a member of parliament from 2012 to 2016. It cost an average of GH₵389,803 ($85,000) in 2016 to secure a nomination in a party primary and competing in the parliamentary elections.

A significant finding of the report was that to secure funding, candidates relied on multiple sources of funding, including personal finances, support from families and friends, campaign financiers, and borrowing money from the bank.

The outcome of this inordinate rise in cost of running for political office is that a successful candidate starts his or her position in office, financially indebted.

During election periods, political parties engage in campaigns. Ideally, political campaigns focus on three important factors, which are: the parties’ identity, the identity of the candidate contesting for a particular portfolio and most importantly the programs/policies that will be implemented when a person is elected into office.

As patriotic citizens, who are seeking for development of the nation, there is a need to take a critical look at these issues, especially the policies of political parties in order to promote fair competition for political office.

Most electorate normally do not ask relevant questions before voting. Questions are being asked when expectations get crushed, when those elected into power go contrary to their policies.

In 2020, the Ghana Centre for Democratic Development (CDD-Ghana) undertook a study to ascertain the role of money in Ghana’s campaign financing.

An intra-party primaries by political parties revealed that some candidates gave money and other non-monetary items like clothes, drinks, television, and refrigerator among others for people to vote for them.

The monetization of politics in the country can result in power going into the hands of the rich.  The danger this possess is that in some years to come, leadership of the country will be in the hands of a few elites and wealthy.

This might continue with their family members coming to take over political positions because the financial foundation has be laid.

This is gradually leading to a situation where not just power will be in the hands of a few, but also the wealth of the country. which will make it difficult for people who are not well to do to contest for elected offices. It is sad to admit the Aphorism by Percy Bysshe Shelley, which says ‘The rich get richer and the poor poorer’.

What happens to people who have political ambitions and would have great impact on the country but are not financially stable? Do they give up on their dreams or find money elsewhere? As a country, there is a need to relook the amount of money pumped into elections.

The ability to lead or govern a country is not just about money, but the ability of persons to change the social, economic and political narrative. In the process of developing the country, it’s high time, citizens begin to consider who is capable of leading and not who is willing to pay.