Moody’s downgrades Ghana ratings to Ca with a stable outlook,

The stable outlook balances Moody’s assumption that the debt restructuring will happen in coordination with creditors and under the umbrella of a funding program with the IMF against the potential for a less orderly form of default that could result in higher losses for private-sector creditors. 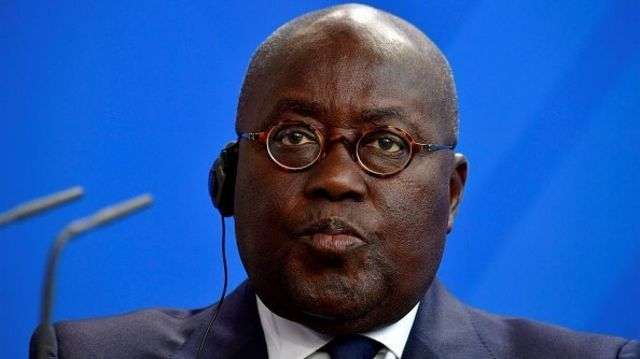 Moody’s Investors Service (“Moody’s”) has today downgraded the Government of Ghana’s long-term issuer ratings to Ca from Caa2 and changed the outlook to stable. This concludes the review for downgrade that was initiated at the time of the 30 September 2022 rating action.

The Ca rating reflects Moody’s expectation that private creditors will likely incur substantial losses in the restructuring of both local and foreign currencies debts planned by the government as part of its 2023 budget proposed to Parliament on 24 November 2022. Given Ghana’s high government debt burden and the debt structure, it is likely there will be substantial losses on both categories of debt in order for the government to meaningfully improve debt sustainability.

The stable outlook balances Moody’s assumption that the debt restructuring will happen in coordination with creditors and under the umbrella of a funding program with the IMF against the potential for a less orderly form of default that could result in higher losses for private-sector creditors.

Moody’s has also downgraded Ghana’s senior unsecured debt ratings to Ca from Caa2 and the senior unsecured MTN programme ratings to (P)Ca from (P)Caa2, along with downgrading to Caa3 from Caa1 the rating of Ghana’s bond enhanced by a partial guarantee from the International Development Association (IDA, Aaa stable), concluding the concurrent reviews for downgrade. The latter reflects a blended expected loss consistent with a one-notch uplift on the issuer rating.

Finally, Moody’s has lowered Ghana’s local currency (LC) and foreign currency (FC) country ceilings to respectively Caa1 and Caa2, from B2 and B3, mirroring the downgrade of the sovereign ratings by two notches. Non-diversifiable risks are captured in a LC ceiling three notches above the sovereign rating, taking into account relatively predictable institutions and government actions, limited domestic political risk, and low geopolitical risk; balanced against a large government footprint in the economy and the financial system and external imbalances. The FC country ceiling one notch below the LC country ceiling reflects constraints on capital account openness and very weak policy effectiveness against authorities’ history of providing access to foreign exchange.

Moody’s expects that the restructuring of local and foreign currencies debts announced by the government on 24 November 2022 as part of its budget proposal for 2023 will likely result in significant losses for private creditors. The government has been grappling with increasingly high and costly debt for more than a year now, leaving increasingly limited policy levers to arrest the negative spiral between high inflation and elevated interest rates, depreciating local currency and rising debt.

As such, restructuring debt has progressively appeared as a necessary condition to secure debt sustainability. Moreover, given the structure of government debt, equally split between foreign and local currency, its elevated level (forecast at 104% of GDP by end of this year) and cost (interest payments should consume 58% of revenue in 2022), substantial losses to creditors as part of the debt exchange are likely in Moody’s view.

RATIONALE FOR THE STABLE OUTLOOK

The stable outlook primarily reflects Moody’s assumption that the debt restructuring will happen in a coordinated and orderly manner with creditors under the umbrella of a funding program with the IMF. The risk of higher losses for private-sector creditors than currently assumed by Moody’s is relatively contained, supported by Ghana’s economy and institutional framework.

Ghana’s credit profile is moderately exposed to environmental risks (E-3 issuer profile score). The cocoa sector is a large contributor to GDP, exports and employment and being demanding in water, it exposes the country to climate changes and especially droughts. More generally, the size of the agricultural sector exposes the economy to weather-related disruptions and the effects of climate change. Ghana is also exposed to water management risks stemming from a lack of access to potable water in some areas.

The exposure to social risk is highly negative (S-4 issuer profile score), driven by limited access to quality housing and education, especially in rural areas. Risks related to health and safety and access to basic services are moderately negative. While the government has put in place measures aimed at reducing poverty and inequality and strengthening social safety nets, its fiscal challenges constrain its scope for meaningful reduction in social risks given more than half of government revenue is consumed by interest payments.

Governance is very highly negative with a G-5 issuer profile score. Overall, Ghana’s institutions have shown some effectiveness, however domestic revenue mobilisation challenges and significant constraints on fiscal policy effectiveness manifest in very weak debt affordability. The authorities have undertaken some institutional reforms on the revenue and competitiveness front, which will invariably take time to produce results. The government’s plan to resort to a restructuring of its debt, which constitutes a default under Moody’s definition, to improve its sustainability is ultimately a sign of institutional weakness. Governance considerations are a driver of today’s rating action.

The heightened default risk associated with Ghana’s announcement of a plan to restructure debt prompted the publication of this credit rating action on a date that deviates from the previously scheduled release date in the sovereign release calendar, published on www.moodys.com. In addition, by virtue of the ratings having been on review for downgrade, the conclusion of the review had to deviate from the previously scheduled date in the sovereign release calendar.

ZOOM IN ON NPP MPs BRIBERY CASE: Who is the criminal Bribe-Giving Businessman?

Although my father overthrew Nkrumah, he still deserves some praise – Jackie Ankrah