The meeting of Bourita with the Dutch Foreign Minister took place in Marrakech on the sidelines of the ministerial meeting of the Global Coalition to Defeat ISIS. 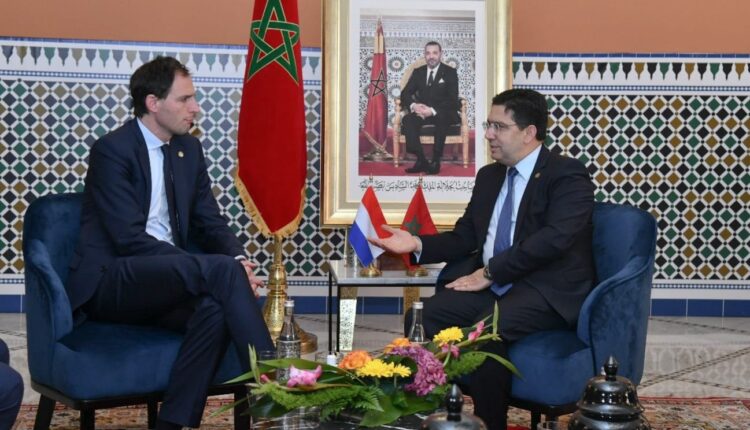 The Netherlands has joined other countries to support the autonomy plan, presented in 2007 by Morocco, as “a serious and credible contribution to the UN-led political process” to find a solution to the Sahara issue.

A joint statement issued after talks between Minister of Foreign Affairs, African Cooperation and Moroccans Abroad, Nasser Bourita, and his Dutch counterpart, Wopke Hoekstra, noted that the Netherlands has clearly joined the international momentum of support for the Moroccan autonomy plan to definitively close the artificial dispute over the Moroccan Sahara.

The new position of The Hague comes in the wake of the support expressed by the United States, Germany, Spain, and the Philippines in favor of the autonomy initiative presented by Morocco in 2007 as the only basis for ending this dispute.

In the joint statement, which was issued at the end of the Bourita-Hoekstra talks, the Netherlands and Morocco reaffirmed their support for the UN Secretary General’s Personal Envoy for the Sahara, Staffan de Mistura, and his efforts to continue “a political process aimed at reaching a just, lasting and mutually acceptable political solution”, in accordance with the resolutions of the Security Council and the aims and principles set out in the UN Charter.

The meeting of Bourita with the Dutch Foreign Minister took place in Marrakech on the sidelines of the ministerial meeting of the Global Coalition to Defeat ISIS.

Egypt recently also reaffirmed its support for the territorial integrity of the Kingdom of Morocco and its commitment to the UN-led process to settle the Moroccan Sahara issue.

The Egyptian stance was expressed in the joint communiqué, issued following talks between Minister of Foreign Affairs, African Cooperation and Moroccans Abroad, Nasser Bourita, and his Egyptian homologue, Sameh Choukri.

Mr. Choukri stressed Egypt’s support for the content of Security Council resolutions, including resolution 2602, which welcomed Morocco’s serious and credible efforts to move forward towards a political settlement of the Sahara issue, the document points out.

GOT A STORY? Share with us. Email: [email protected] or [email protected] WhatsApp: +233(0)244822034
Autonomy PlanInternational MomentumISISMoroccanNetherlandsSaharasupport
0
Share FacebookTwitterWhatsAppTelegram
Subscribe to our newsletter
Sign up here to get the latest news delivered directly to your inbox.
You can unsubscribe at any time

Being in a Fix, Fixing the Country and Fixing Yourself: A time for unanimity…