“This donation is a relief for you but that is not to say our problems are over here. I am once again using this opportunity to call on the President Nana Akufo-Addo led government to ensure that the Ada Sea Defence project continue in earnest.”

The Member of Parliament for the Ada Constituency, Ms. Comfort Doyoe Cudjoe-Ghansah, has empathized with victims of the recent tidal wave devastation in some communities in the Ada East District of the Greater Accra Region with relief items.

The items which included bags of five kg rice, mattresses, boxes of litres of cooking oil, street lights among others were distributed among the victims in the communities.

The MP, in an interview with the Media after the donation bemoaned the effects of the ravaging sea on coastal and island communities, noting that the coastal flooding currently; “happening to us is as a result of climate change, this occurrence is a natural catastrophe that occurs with time but how best can we address this to reduce the huge effect on us?”

According to her, she was hurt by the nature of havoc of the constituents by the tidal waves and could not sit and watch them perish by the disaster hence the support to aid alleviate their sufferings.

She explained that the items especially the mattresses would aid the residents to lay their heads as she pursue permanent solution to the menace noting that, the street lights would end the darkness in the various areas.

“This donation is a relief for you but that is not to say our problems are over here. I am once again using this opportunity to call on the President Nana Akufo-Addo led government to ensure that the Ada Sea Defence project continue in earnest.”

“They’re fisherfolks who are working assiduously to feed the country, they can’t continue to live this way. I’m calling on the government and all stakeholders to ensure that these people have at least a bungalow somewhere they can run to in times of crisis as stay here to fish,” she appealed.

She reiterated the need for the Nana Addo Danquah Akufo-Addo led government to urgently continue the Ada Sea Defence project which to save lives and properties, promising that the issue will be raised on the floor of Parliament after the recess to know the cause of the delay hence the way forward.

Nene Daniel Toku IV, the Chief of Azizakpe, one of the communities that was massively affected due to its closeness to the estuary where the Volta River finally meets the Atlantic Ocean expressed the gratitude of the community to the MP and her entourage adding that, “this come at a time that my people are grappling with accommodation and other challenges because our homes have been submerged.

“We have been struggling for a place to lay our heads due to the devastation caused by the sea. We have been crying and appealing for support and have been in the hope that the powers that seat on the decision table will heed to our calls so for MP to come in at this time, I am sure it is the greatest of a relief for us, we are grateful,” he said.

He noted that, the National Disaster Management Organization (NADMO) of the Ada East District Assembly came to assessed the area and damaged caused but has not returned to them yet for support.

“NADMO came here so we are still looking up to them to fulfill its promise of providing a temporal accommodation for the victims. I’m of the hope that is is done soon in order to give this people a decent place of living, he added.

They were part of other communities in the Western and Volta Regions that were submerged from the ravages of the tidal wave after the high current from the sea went above its banks displaying many residents out of their comfort zones.

Properties worth millions of Ghana Cedis have also submerged under the sea with no help in sight for the residents.

The donation which was done by the MP had other executives of the National Democratic Congress (NDC) in the Constituency as part of the delegation, including Mr. Emmanuel Tetteh Kabu, the Constituency Chairman, Mr. Gad Akueh, Constituency Organizer, Mr. Lawrence Lomotey Sewu, Communication Officer, Ms. Almina Gariba, Zongo Caucus Coordinator and others. 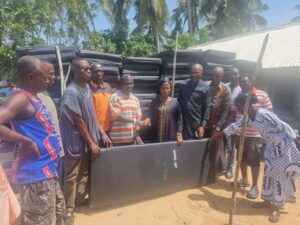 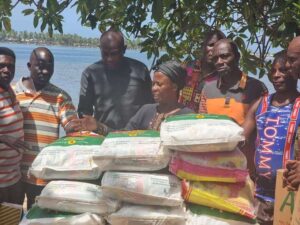 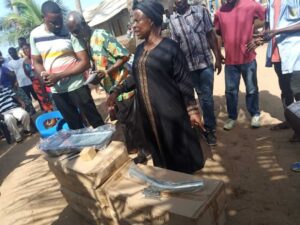 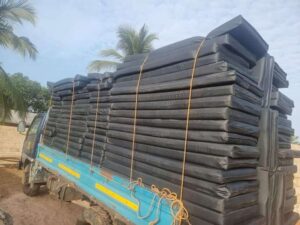 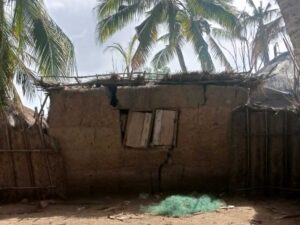 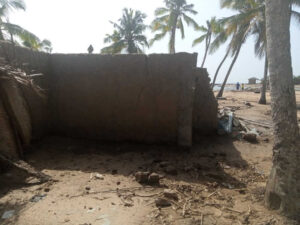 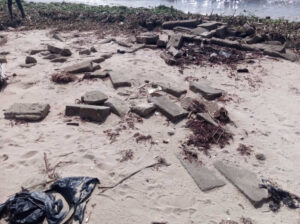 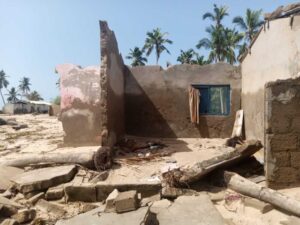 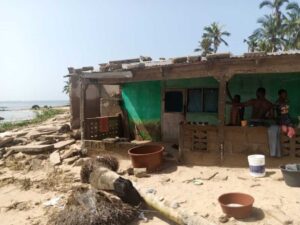 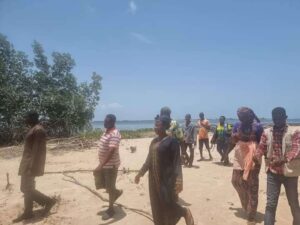 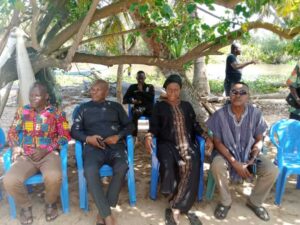 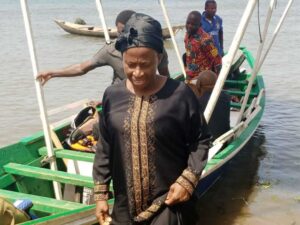