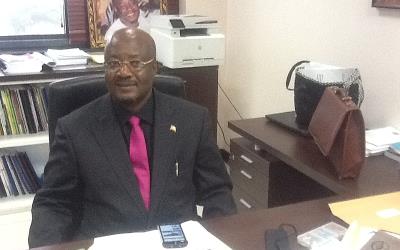 Deputy Ranking member on the Health Committee of Parliament, Dr Robert Baba Kuganab-lem, has called for a periodic retest of recovered Coronavirus victims to ensure they are fully and really recovered.

According to him, the experience from other affected countries should be a useful lesson to us as a country.

Dr Kuganab-lem who is the Member of Parliament for the Binduri Constituency made the call on Tuesday when the Minister for Health, Kwaku Agyeman Manu, updated parliament on Ghana’s fight against the pandemic.

It has been widely reported that in some other countries, some recovered COVID-19 victims who were declared negative have returned to hospitals and isolation centers within few days following retest.

For instance in South Korea, a total of 141 people who had reportedly recovered from Covid-19 tested positive again few days after.

This, Dr Kuganab-lem said should be a wake up call and that the over 1,773 “miraculous” recovered patients in Ghana must be re-tested to ensure that they are completely negative and could not infect others.

He argued that due to the inadequate supply of Personal Protective equipment (PPE), it is likely that somebody would be re-infected with the virus soon after recovering.

Additionally, he said it is also possible that issues with testing or varying amounts of viral RNA in the body, which the tests look for could let people test positive again after testing negative.

While commending the health workers for the efforts and sacrifices so far, the Deputy Ranking member said it is important that government is transparent with the issues as the daily data release often appear suspicious and  manipulated.

He called on the government to ensure the availability of water supply to minimize the risk of infection.

The Binduri lawmaker said, though government has announced free supply of water, citizens do not get regular water supply because their taps flow twice or less in a week.

He urged the government to take cogent steps to ensure that the virus does not spread further in the country.