MP for Ketu South takes Parliament to her constituents

The MP used the tour to listen, take questions and interact with the Chiefs, Opinion Leaders, Assembly Members, Unit Committee Members, and Ordinary Members in the area irrespective of their political affiliations. 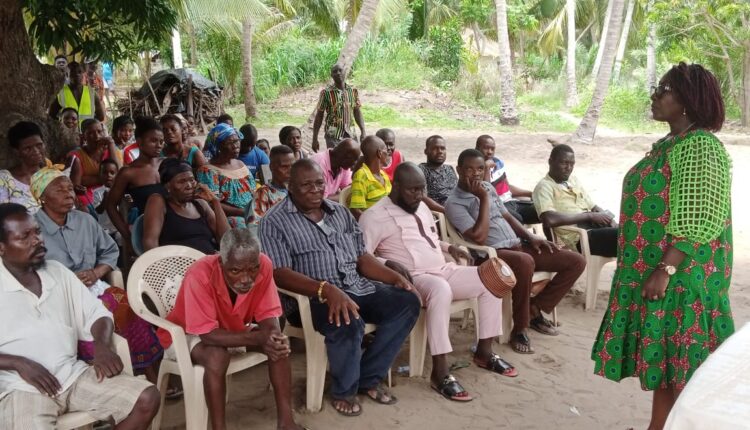 Member of Parliament (MP) for the Ketu South constituency, Abla Dzifa Gomshie, has resumed her “Thank You Tour” of the area to brief constituents on happenings in parliament during the juat ended First Meeting of the Second Session of the 8th Parliament. This is to keep the constituents abreast with national issues.

The MP used the tour to listen, take questions and interact with the Chiefs, Opinion Leaders, Assembly Members, Unit Committee Members, and Ordinary Members in the area irrespective of their political affiliations.

She took time to discuss and explain among other things the MPs Common Fund and the passage of the controversial E-Levy and it ramifications on individuals and small scale businesses that rely on MOMO transactions as a mode of payment for services and goods.

The Assemblyman for the Kpedzakorpe Electoral Area, Etse Daniel Azumah, on behalf of the people asked the MP to help speak to the Government on the bad roads from Agbozume Egbo Shimɛ (Goat Market) to the Kpedzakorpe School and to also help fence the school to stop the escalating truancy among the pupils.

According to him, the Government’s assurance through the immediate past Municipal Chief Executive, Elliot Edem Agbenorwu, to build a Health Centre as reechoed by the current MCE for the area is long overdue.

He again appealed to the ECG and the authorities to replace all untreated Electricity polls that are currently at deplorable state to avert any calamity.

On his part, the Assemblyman for Sonuto/Kumadekorpe, Francis Kportsikla, called for government’s support for Agbozume Kete/Kente Weavers with subsidy over the ever-increasing price of weaving threads.

He said, about six communities including Sokatsikorpe, Kornikorpe, Kugbortsorkorpe, Sonuto, and Kumadekorpe, have no quality water to drink, and asked for toilet facilities to be constructed to avoid open defecation. 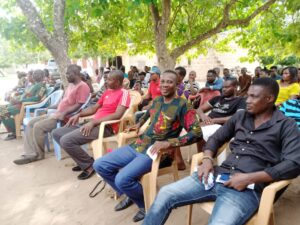 Answering the questions, Madam, Abla Gomashie, explained that her “scanty common fund”, could have been used to address some of their concerns but it has been in arrears since last year, making like difficult for several MPs.

GOT A STORY? Share with us. Email: [email protected] or [email protected] WhatsApp: +233(0)244822034
Assembly MembersChiefsinteractKetu SouthListenMPOpinion LeadersParliament
0
Share FacebookTwitterWhatsAppTelegram
Subscribe to our newsletter
Sign up here to get the latest news delivered directly to your inbox.
You can unsubscribe at any time