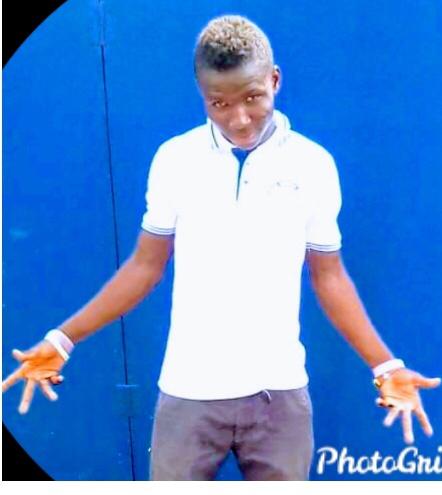 The Youth of Weisi and the Council of Elders have jointly condemned the gruesome murder of one Agbedemnab – a native of Fumbisi-Baasa. It is alleged that the incident was peptrated by unidentified people from Wiesi.

In a joint press statement released on Monday, signed by the Assembly member for the area and the leadership of the youth in Weisi, they described the act as babaric as it has the tendency of destabilizing the long standing peace that has existed between the people of Fumbisi-Baasa and Wiesi.

While expressing their condolences to the bereaved family the statement also expressed the support of the people to the security agencies to enable them expose the perpetrators of the heinous crime.

Below is the full statement:

STATEMENT ON THE GRUESOME MURDER OF MR AGBEDEMNAB OF BAASA
BY THE WIESI YOUTH AND COUNCIL OF ELDERS.

We the youth of Wiesi wishes to express our utmost dismay and shock at the gruesome murder of our late brother Mr. Agbedemnab from Fumbisi-Baasa which is alleged to be perpetrated by a youth of Wiesi on 20th May, 2020.

We would like to in no uncertain terms condemn this criminal, unacceptable and barbaric act which has the tendency of breaching the peace and stability that have existed for many years between the people of Fumbisi-Baasa and Wiesi.

First of all, the youth, the Chief and his council of elders, Assemblyman and entire people of Wiesi would like to express our heartfelt condolences to the bereaved family of Mr. Agbedemnab, especially his wives, children, the chief of Fumbisi, the Baasa divisional chief and his subjects.

The people of Wiesi are still in deep shock and cannot phantom how a brother can be murdered in such a horrific manner. We would like to reiterate that the people of Wiesi are very friendly, and peace loving and at no point will any member be tolerated to indulge in such heinous act that will mar the reputation of Wiesi. Wiesi as a community has a well-established relationship with
the people of Baasa and indeed Buluk as a whole.

As furious as we are, we will give our total support to the security agencies in their investigations in arresting the perpetrator of this evil act. No one found culpable will be shielded as we equally seek justice for our late brother.

Furthermore, we would like to express our profound gratitude to the District Security Council (DISEC) led by the District Chief Executive, the Chief of Fumbisi, the Divisional Chief and the good people of Baasa for their urgent intervention for maintaining peace in this matter from the
onset. The good people of Baasa especially the youth have exhibited a high level of maturity and patience which is very commendable and we will plead with them to continue to have more patience as we all help to seek justice for our late brother.

May the soul of our brother Mr. Agbedemnab rest in the bosom of the Lord.

GOT A STORY? Share with us. Email: [email protected] or [email protected] WhatsApp: +233(0)244822034
AgbedemnabcondemnedCouncil of EldersFumbisi-Baasagruesomeincidentmurdernative
1
Share FacebookTwitterWhatsAppTelegram