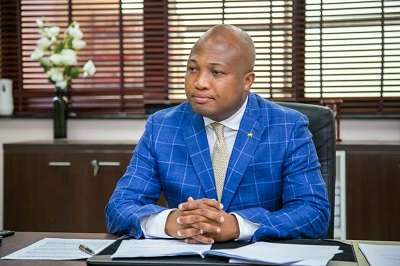 The cowardly furtive dark forces who masterminded the deletion of the mother of all cathedral scandals published here on Monday 16th January, 2023 at 5am would have to prepare to delete it a billion times because anytime they delete it, I shall repost it, as I am doing now.

I am glad so far, the Twitter version is intact since Monday’s publication, however, if they try same on Twitter, I shall repost it there a billion times; unless the cowardly furtive dark forces block my social media accounts.

Painstaking and diligent parliamentary oversight with the gracious guidance of the omniscient and omnipotent has led to what can only be akin to Tsar Bomba findings.

Blatant corruption, conflict of interest, self-dealing and grand fraud have never been this majestic.

It couldn’t have ever occurred to us that the conduct of an exalted man of God during the sacred construction of the Lord’s temple would leave an entire nation utterly dumbfounded.

I am now able to reveal the true identity of this mystery director of JNS, Kwabena Adu Gyamfi.

Definitely, the code has finally been cracked and it shocks to the marrow!

Unimpeachable and incontrovertible evidence confirms that Mr. Kwabena Adu Gyamfi is the famous Rev. Victor Kusi Boateng who still serves on the National Cathedral Board as an Executive Council Member/Director.

Rev. Victor Kusi-Boateng AKA Kwabena Adu Gyamfi thought he had outwitted every Ghanaian, particularly our authorities whom he dribbled for many years; but the day of reckoning is finally here.

From unassailable and irreproachable documents in my possession, Rev. Victor Kusi-Boateng AKA Kwabena Adu Gyamfi uses multiple passports and multiple identification cards with different names and different dates of birth as his special modus operandi.

When JNS Talent Centre Limited was being incorporated, he submitted a passport with the name Kwabena Adu Gyamfi. The passport’s number is G0886001. At the time, he claimed his date of birth was 30th December, 1969.
Instructively, the passport bears his unmistakable picture. (See passport in issue attached).

The story gets even more fascinating. When the National Cathedral of Ghana was being incorporated on the 19th of July, 2019; Rev. Victor Kusi Boateng used his driving license for the registration. For his driving license, he uses the name Boateng Victor Kusi. In a more bizarre twist, he uses a different date of birth which is captured as: 07/09/1971. This date of birth makes him about two years younger than what’s contained in his numerous Kwabena Adu Gyamfi passports. (Driving License is duly attached).

It’s been very puzzling to further discover that the acclaimed man of God and confidant of President Akufo-Addo illegally has two Taxpayer Identification Numbers (TINs)—P0002502682 and P000627241X. The Ghana Revenue Authority has made clear that each Ghanaian can only have one unique TIN and proceeds to prohibit individuals from having multiple TINs.

Some of these entities are registered to engage in small scale mining.

My latest tracking of Rev. Victor Kusi-Boateng AKA Kwabena Adu Gyamfi’s travels reveal that he used his diplomatic Kwabena Adu Gyamfi passport on the 12th of January, 2023 aboard flight KP021 from Accra to Lome. He used the same diplomatic passport to Dubai on December 9, 2022 aboard flight EK787. Earlier on 20th November, 2022 he used his ordinary passport on a similar Dubai trip. This shows that he is still actively using the two identities.

It remains exceedingly baffling why he keeps two personalities— one as Rev. Victor Kusi-Boateng and the other as Kwabena Adu Gyamfi. Two personalities with different dates of birth; different passports; different TINs; different professions (Business Man and Prophet) and different addresses. What is he running from? Who is he hiding from? Does he suffer from Dissociative Identity Disorder or Multiple Personality Disorder?

Having established beyond any scintilla of doubt that Rev. Victor Kusi Boateng is Kwabena Adu Gyamfi, the Akufo-Addo/Bawumia/Ofori-Atta government and the Executive Council Members of the National Cathedral of Ghana owe the Ghanaian people some serious explanations. It would be extremely surprising if they claim they didn’t know this dark side of Kusi Boateng AKA Adu Gyamfi.

These explosive findings make the conflict of interest charge in the GHS2.6million scandalous payment by the National Cathedral of Ghana to the shady JNS Talent Centre Limited even more blatant, direct, offensive and absolutely embarrassing.

Clearly, Rev. Victor Kusi-Boateng AKA Kwabena Adu Gyamfi sat on the Cathedral board and literally paid his own company a staggering GHS2.6million for no work done.

When the siphoning was completed, they captured same as “Contractors Mobilization” and presented it to Parliament hoping that they would legitimize the dubious transaction and therefore get away with murder.

It has also emerged from a JNS Bank Statement put out by puerile NPP propagandists that Rev. Kusi-Boateng Adu Gyamfi’s JNS Talent Centre Limited received a whopping GHS3.5million from government through a payment by Controller with swift code CODGGHAC on 23rd August, 2021. Many are asking what Kusi-Boateng Adu Gyamfi’s JNS which operated a zero account for many months (since February 26, 2021 when the account was opened) before the sudden government transfer did for government to warrant that huge payment?

This appears to confirm justifiable criticisms that the cathedral project has blasphemously become an avenue for money laundering.

Having stripped Kusi-Boateng naked, the earlier ridiculous concoction that JNS is a benevolent lending institution collapses. JNS must therefore refund our GHS3.5million and our GHS2.6million without further delay.

1. The immediate resignation of Rev. Victor Kusi-Boateng AKA Kwabena Adu Gyamfi from the Board of the National Cathedral of Ghana;

2. Rev. Victor Adu Gyamfi AKA Kwabena Adu Gyamfi must be compelled to refund all taxpayer funds diverted into his company, JNS;

3. Rev. Victor Adu Gyamfi AKA Kwabena Adu Gyamfi must be subjected to thorough credible investigations and prosecution for his many other offenses which have now come to light;

4. President Akufo-Addo must outrightly dissolve the Board of the National Cathedral of Ghana;

5. A special forensic audit must be expeditiously commissioned into the National Cathedral project.

1. I shall be petitioning CHRAJ at 1pm today invoking its mandate under Article 218 of the 1992 Constitution to investigate the odious conflict of interest;

2. I intend to file an urgent question when Parliament resumes for the Honourable Minister for Foreign Affairs to inform Ghanaians why Rev. Victor Kusi-Boateng qualified for a diplomatic passport and the nature of due diligence, if any her ministry may have carried out;

3. I also intend to file an urgent question for the Finance Minister on exactly what work JNS did to warrant a colossal transfer of GHS3.5million from our taxes and why that transaction did not find expression in his GHS339million unconstitutional cathedral withdrawals as presented to the Vote of Censure Committee.

God save our Republic. 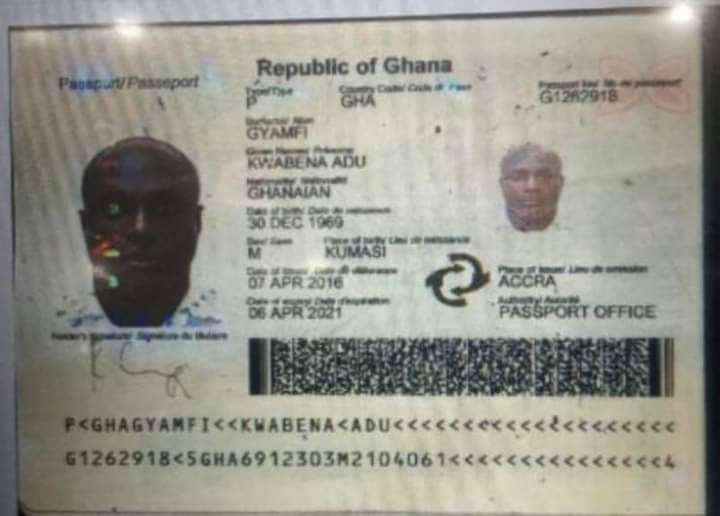 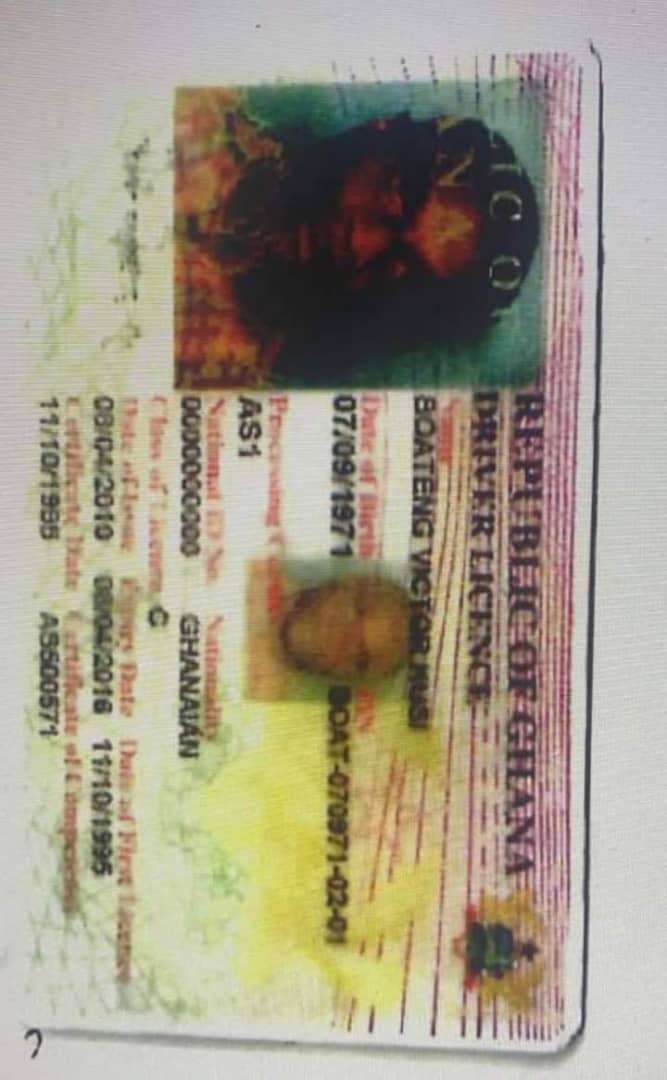 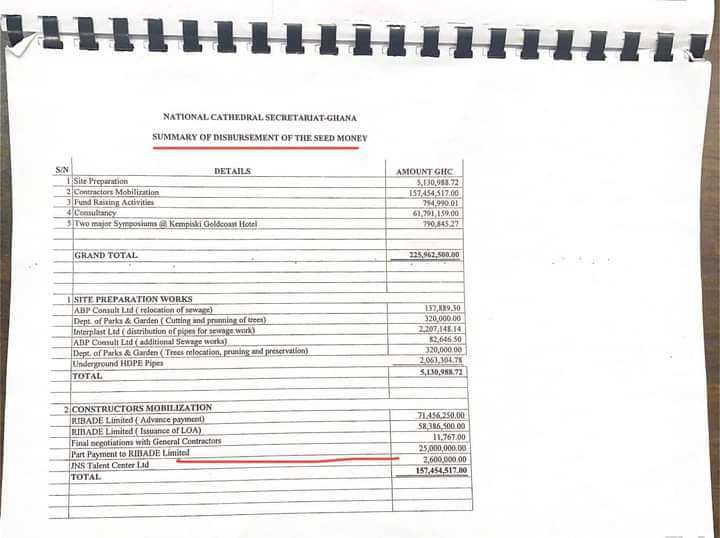 Bawumia’s 1 Student, 1 Tablet initiative is not in the 2023 Budget – Minority

Do Not Abandon Your Wards in Boarding Schools – Parents Advised