Confidential: Adumua-Bossman and Aliu are your new Deputy Chiefs-of-Staff 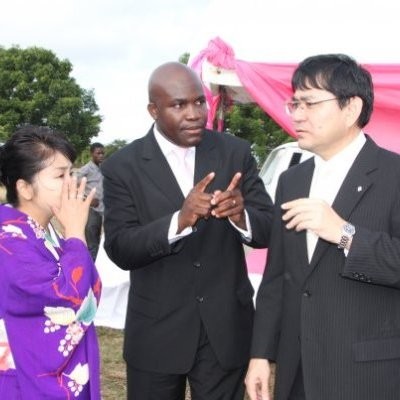 President Nana Addo Dankwa Akufo-Addo is expected to retain Akosua Frema Osei-Opare as Chief-of-Staff, according to Asaase News sources on the third floor of Jubilee House.

Auntie Frema, as she is affectionately called, has not ceased working since the 7 December 2020 election, leading the president’s transition team.

Indeed, our sources say that the president had no intention of changing her and the campaign for and against her reappointment that has raged recently in the press has seemed curious.

“She is the kind of Chief-of-Staff that the president can go to sleep knowing she won’t do or say anything against his wishes. She is loyal, dedicated, disciplined, wise and careful,” is how one insider describes her.

Inside sources on the fourth floor of Jubilee House tell Asaase News that Ghanaians should expect the imminent announcement of the appointment of two men, Emmanuel Adumua-Bossman and Fawaz Aliu, to serve as his next deputy chiefs-of-staff.

Both immediate past deputy chiefs of staff have been elected serve in Parliament. Asenso Boakye is now the MP for Bantama in Ashanti and Jinapor represents the people of Damongo in the Savannah Region.

Both are expected to hold cabinet positions in the new government.

A surprise choice, Fawaz Aliu, a young but experienced diplomat from Dagbon, the assistant secretary in charge of foreign relations at the Office of the President. He is said to have impressed the president with his administrative and diplomatic skills, sheer competence, loyalty, astuteness and attention to detail.

In his current role, he serves as the focal point for co-ordinating the President’s foreign relations engagements. He also assists the Secretary to the President in managing the president’s secretariat.

Before his current position at the Presidency, Aliu was Ghana’s representative to the United Nations Committee on Social, Cultural and Humanitarian Issues (the Third Committee) at the UN General Assembly in New York City.

With over ten years’ experience in Ghana’s foreign service, he has a wide range of expertise in intergovernmental negotiations, public policy formulation, advocacy, leadership, management and administration.

Aliu also previously worked in the Cabinet Secretariat of the Office of the President as officer in charge of the Northern Regional Biometric Passport Application Centre. In this role, he administered the processing of applications for Ghanaian passports from within the then three Northern regions of Ghana. Before that, he served as a desk officer in various bureaus in the Ministry of Foreign Affairs and Regional Integration.

He is an international fellow of the Centre for Strategic and International Studies (CSIS) of the Abshire-Inamori Leadership Academy, based in Washington, DC.

He has undertaken a number of career development courses and has been part of Ghana’s delegation to several international conferences and special missions.

Emmanuel Adumua-Bossman, popularly known by his pen name Calus Von Brazi, has been a devout loyalist of Nana Akufo-Addo since the 1990s.

Known as the leader of the Victor Newman Boys, he was a key foundation member of Friends of Nana Akufo-Addo (FONAA) and the so-called “Tuesday Group”, the small kitchen cabinet group that largely engineered Akufo-Addo’s presidential bids over the past 12 years or more.

He is an alumnus of Association International School and Achimota, both in Accra. He holds a Bachelor of Arts degree in international relations from Eastern Mediterranean University in North Cyprus, where he later pursued a Master’s degree in the same subject, specialising in political economy.

He was a lecturer in human rights law at Mountcrest University College in Accra. Among other roles he has played, he has been a research fellow at the FONAA Institute (2006 to date) and a radio show presenter, hosting the Breakfast Show on the no longer operational Choice FM (2005-2006).

Until this latest appointment as a deputy chiefs of staff, Adumua-Bossman worked as the director of the impact assessment unit in the Office of the President from 2018 to 2020. He was also the director for planning and implementation with the National Security unit from 2017 to 2018.

Some insiders see the combination of a strong political strategist in Adumua-Bossman and astute public administrator in Aliu in the roles of deputies to the Chief of Staff as a masterstroke by the president.

Is it justifiable for a Judge to hear a contempt matter of which he has an interest?