‘NDC will boot out NPP in 2024 elections’ – Asiedu Nketiah

“We encourage people to come along, so we form a united front. Once we do this, we will be able to form a formidable team that can withstand any other political party.” 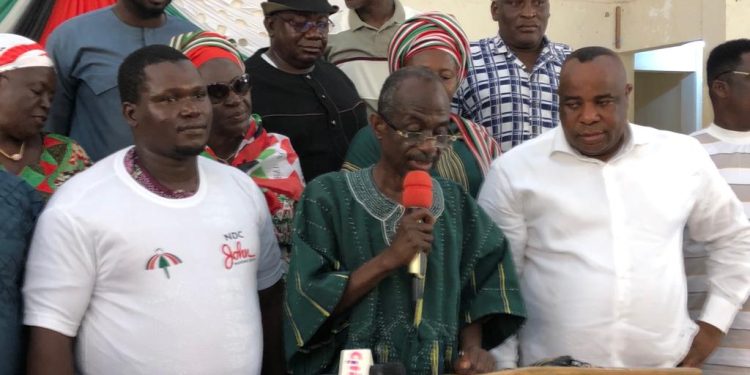 The General Secretary of the main opposition National Democratic Congress (NDC), Johnson Asiedu Nketiah, has charged members of the party to brace themselves for a rigorous campaign that will boot out the governing New Patriotic Party in the 2024 general elections.

He said, though many Ghanaians are fed up with the governing NPP, there is a need for NDC members to be united and rigorous in their fight to make the party attractive to the electorate.

Mr. Asiedu Nketiah was speaking in Wa after swearing in over 1000 defectors from the Progressive People’s Party to the NDC.

“We encourage people to come along, so we form a united front. Once we do this, we will be able to form a formidable team that can withstand any other political party.”

“Besides, we the NDC will boot out the NPP in the 2024 elections. Join us to achieve this.”

Over 1000 members of the Progressive People’s Party led by their regional chairman on Sunday, July 3, 2022, announced their decision to switch camps to the main opposition National Democratic Congress.

The defectors, who said they were members of the PPP from 7 constituencies, thronged the auditorium of the Wa Technical Institute with their chairmen to declare their decision.

The group said their decision is to support the NDC to rescue Ghanaians from the current economic hardship in the country under the NPP.

The NDC General Secretary, the Upper West Regional Chairman, Mahammed Nasir Saani, and other regional executives swore in the defectors.

Speaking after the swearing-in, Mr. Asiedu Nketiah accused the NPP of using and dumping the leader and founder of the PPP, Dr. Paa Kwesi Nduom.

The NDC scribe directed the Upper Regional branch of the party to open their branch registers for limited registration to allow for the defectors to officially register with the party.