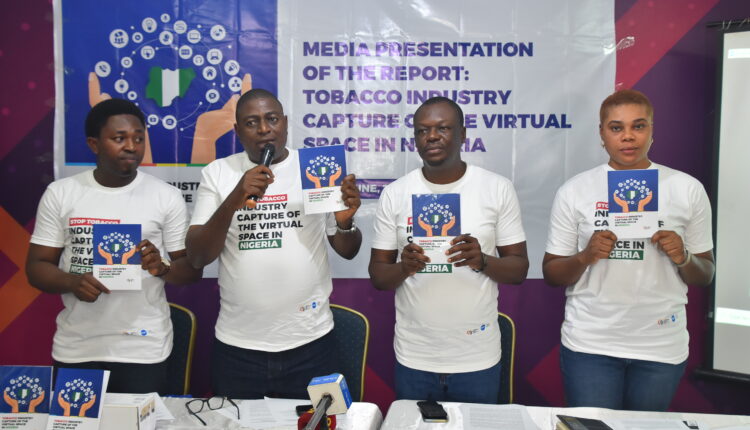 A report released by the Corporate Accountability and Public Participation Africa (CAPPA) yesterday (June 20) has exposed how social networking sites like Facebook and Twitter are now used to flout Nigeria’s National Tobacco Control Act and its Regulations.

According to CAPPA Executive Director, Akinbode Oluwafemi, the research, supported by a grant from the International Union Against Tuberculosis and Lung Disease (The Union) on behalf of STOP, a global tobacco industry watchdog, focused on popular social networking platforms between 2016 and 2021 and flagged 226 activities involving tobacco companies and their allies in Nigeria. The activities are categorized under CSR, promotions, recognition, endorsement, partnerships, advertising, and sponsorships.

CAPPA Director of Programmes, Philip Jakpor said that tobacco companies while embarking on their CSR activities deploy different strategies to gain the affection of policymakers, reflect partnerships and collaboration with state institutions and organizations that ultimately help them build good public ratings. It also exposed growing cases of tobacco industry vendors such as an organisation known as Smoke Box Ng and another, Da Smoke Hub flout the ban on advertising, promotion, and sponsorships by using their social media platforms to flagrantly market tobacco products.

The report noted that with over 109.2 million internet users at the start of January 2022, the increasing usage of the internet in Nigeria bolstered by its burgeoning young demographic, comprising more than 70 percent of its over 200 million population, makes it a highly desirable market for the tobacco industry.

It was also urged to strictly enforce Section 12 of the National Tobacco Control Act 2015 which prohibits all forms of TAPS including CSR that advertise or promote the tobacco industry.

For the picture see the names of persons there: L-R: Ogunlade Olamide, CAPPA Programme Manager, Akinbode Oluwafemi, CAPPA Executive Director, Philip Jakpor, CAPPA Director of Programmes, and Zikora Ibeh, CAPPA Policy and Research Officer, at the launch of the report in Abuja today

GOT A STORY? Share with us. Email: [email protected] or [email protected] WhatsApp: +233(0)244822034
CAPPAcaptureNew reportNigeriaPhilip JakporSocial Networking Sitestobacco industry
0
Share FacebookTwitterWhatsAppTelegram
Subscribe to our newsletter
Sign up here to get the latest news delivered directly to your inbox.
You can unsubscribe at any time