In the wake of this, event organizers and event patrons can nominate for the various categories of the awards scheme. 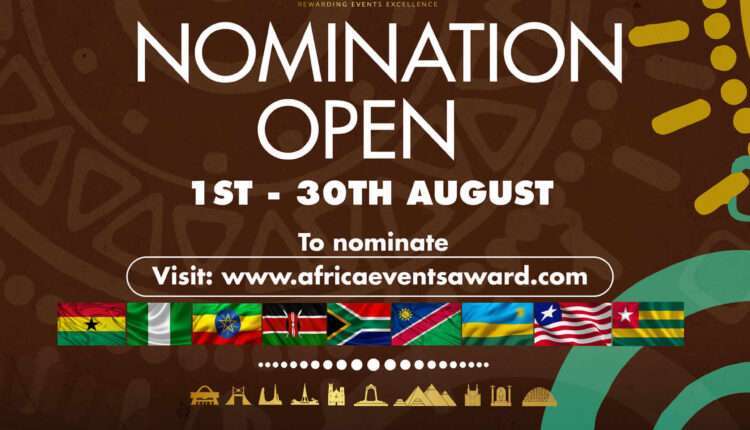 EventGuide Africa The organizers of the Ghana Event Awards now Africa Event Awards have officially opened nominations for this year’s edition of the awards which is in its 5th year and includes all African countries.

In the wake of this, event organizers and event patrons can nominate for the various categories of the awards scheme.

Africa Events Awards which is aimed at rewarding event excellence has over the years awarded and recognize works of event organizers in Africa and beyond. Eventguide Africa, and, Africa Event Awards will like to introduce our Awards scheme called Africa Event Awards to the world. The Awards seek to bring business & event people together to honor them and share ideas on how to project tourism across Africa to the world. 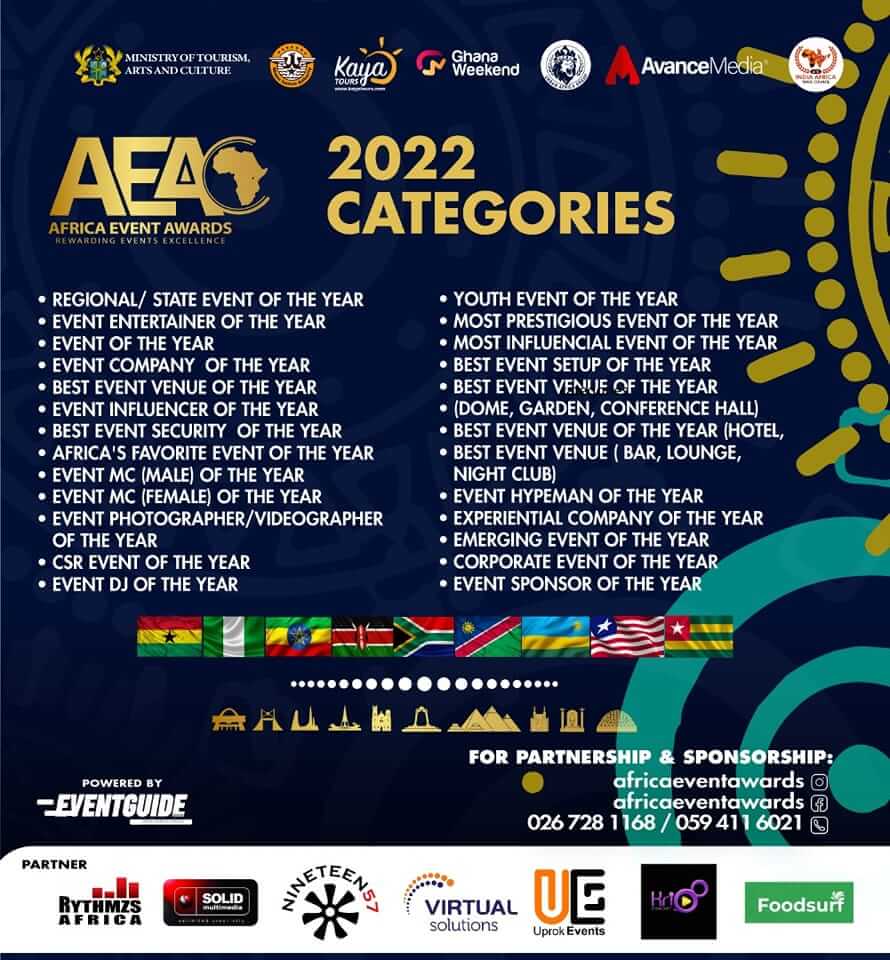 Individuals and event organizers can file for nominations via www.africaeventsaward/nominate and also through @africaeventawards on Instagram @eventguidefrica on Facebook and across all social media handles below are the various categories.

GOT A STORY? Share with us. Email: [email protected] or [email protected] WhatsApp: +233(0)244822034
Africa Event Awards 2022Eventguide Africanominations
0
Share FacebookTwitterWhatsAppTelegram
Subscribe to our newsletter
Sign up here to get the latest news delivered directly to your inbox.
You can unsubscribe at any time