...As Ashanti Owners take party back from Akyem Cartel... 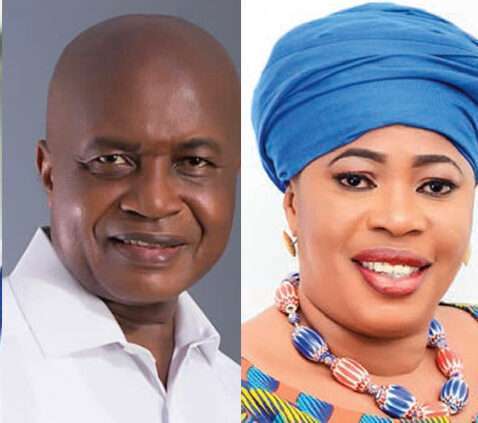 Kennedy Agyepong admitted to being a victim of the Stephen Ntim State Lands Stealing and Selling Scam and promised to scuttle his bid to use the dirty money to win the Chairmanship of the NPP.

Kate Gyamfuah also leads the Women’s wing of the NPP despite her Galamsey company being targeted by the government following the embarrassing Galamsey Bribery and #PartyNuHiaSika Excavators scandal.

Vice President Bawumia sat through the entire NPP Delegates Conference which witnessed all northern candidates being rejected as Ashanti NPP took over the party from his bosses.

Alan Kyerematen who was booed at the Kumasi NPP Conference by Bawumia supporters now appears the clear winner in the Accra NPP Delegates Conference.

The attempts to broker a face saving Alan-Bawumia ticket appears to have been rejected as the pro-Alan Kyerematen’s Ashanti Camp sees victory in the upcoming flagbearership race.

The biggest loser is the braggart Kennedy Agyepong.

Stephen Ntim’s victory after five (5) failed attempts has been a slap on the face of Kennedy Agyepong, as he put his “fake power in NPP” on the line to stop him from winning the position of NPP Chairman.

The other big loser is Akufo Addo whose era is not only ending, but together with the grip of the Danquah faction of the NPP being lost to the Kumasi Real-Owners of the NPP led by pro-Kufuor-Alan Kyerematen faction.

Will the Special Prosecutor investigate the allegations of vote buying as alleged by Stephen Asamoah Boateng against Stephen Ntim?

Will the Special Prosecutor be bold to investigate the newly elected NPP Chairman Stephen Ntim over his stealing and selling of State Lands while he was head of the Lands Commission?

Ghanaians are resolved to be Citizens and not Spectators…

Will the Lands Ministry and Ghana Armed Forces be able to burn more of Kate Gyamfuah’s Excavators after her being re-elected as NPP Women’s Organiser?

Even as the figures provided the IMF by the Bank of Ghana and government fail to tally;

Ghanaians are determined to demand accountability from President Akufo-Addo with Lawyer Martin Kpebu joining others to call for his resignation or removal ahead of 2024 using legal and constitutional means.

Whereas the Uprising that Kojo Mpiani warned about is still likely;

The impending Ghanaian version of the Arab Spring that Akufo-Addo described on Kwame Sefa Kayi’s Kokrokoo show on Peace FM is more likely now than ever before.

Sri Lanka is a lesson for Ghana, on what the Citizenry must do and what the Government should not do.

The fact that the Ghana Police Service deployed over 3,000 police officers to ensure the successful hosting of the overnight Special Event organised by the NPP shows that the Police will be able to provide personnel for all AriseGhana Special Events anywhere and at anytime.

Ghanaians will be watching closely and expecting the Ghana Police Service to prove that they are serving Ghanaians not a political party.