“The saddest day in my life will be the day NDC fails to prosecute Chairman Wontumi, Ekow Awusi and Charlse Bissue for engaging in mining without permit. 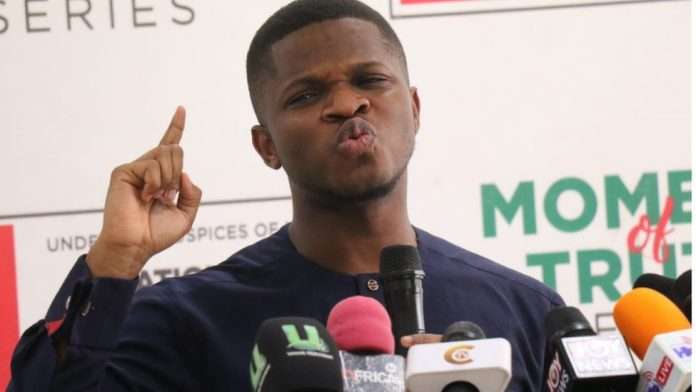 The Communications Director for the National Democratic Congress (NDC), Sammy Gyamfi, has revealed that the next NDC government will investigate and prosecute Bernard Antwi Bosiako, a.k.a Chairman Wontumi, Ekow Awusi, Charles Bissue and all key members of the ruling New Patriotic Party (NPP) for their involvement in illegal mining.

He has underscored that there are enough evidence available to prosecute and jail these people for illegally destroying forest reserves, farmlands and water bodies.

Sammy Gyamfi, who was addressing the media in Accra on Thursday, October 6, insisted that it will be the saddest day in his life if NDC in power fails to prosecute chairman Wontumi and co to deter others.

“The saddest day in my life will be the day NDC fails to prosecute Chairman Wontumi, Ekow Awusi and Charlse Bissue for engaging in mining without permit.

“We have enough visual evidence to prosecute these people and all the key members of the NPP who are actively engaged in the illegal menace,” he reiterated.

He underscored that the government’s score on the fight against illegal mining is an unmitigated disaster.