Declaring her intention in a statement, Miss Mabel Ameglebetor promised to provide effective leadership to ensure a landslide victory for the NPP at the next elections. 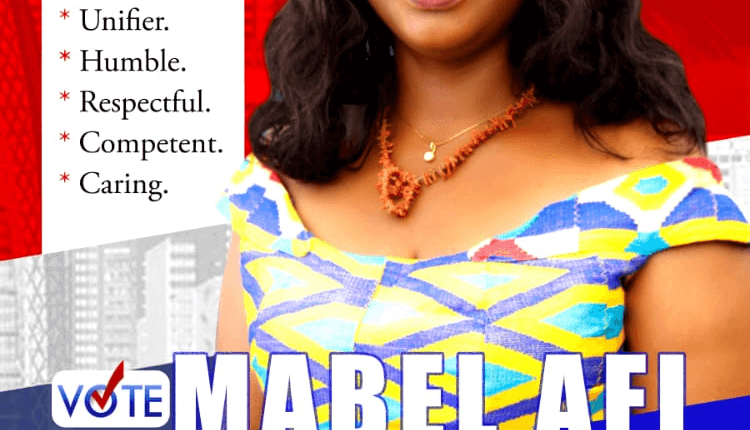 As a leading member of the NPP, her major priority is to win and galvanize more support, make the party attractive and vibrant in the region ahead of the 2024 general elections.

Declaring her intention in a statement, Miss Mabel Ameglebetor promised to provide effective leadership to ensure a landslide victory for the NPP at the next elections.

She extolled the Danquah-Dombo-Busia fraternity founding fathers and said it was time to take the party to the next level in “Breaking the 8-year” governance cycle.

The devout Christian promised to make the NPP a choice for women in the Volta Region when the delegates give her the mandate.

She believes the best way for the NPP to make serious inroads in the Volta Region is to device what she touts ‘Strategic Marshal Plan’ that will focus on making the party attractive to Voltarians using women as a conduit for renaissance.

She outlined her vision including women empowerment through entrepreneurial skills development  and training, facilitate capital for  women to expand their businesses, lobbying for lobs for the people especially young ladies in the party, facilitate International Exchange programmes for constituency Women Organizers in the region,  set up a Special Welfare Scheme for NPP women in the Region, leverage her huge strategic network within the party and government to ensure Volta Women derive maximum benefit from government programmes and policies and organizing Media and Communication capacity building for NPP women communicators.

She obtained a Master of Science (MSC) Degree in Human Resource and Strategic Management from the Kwame Nkrumah University of Science and Technology (KNUST) awaiting graduation.

Known in the corridors of NPP politics as Aunty Mabel, Ms. Amegbletor is admired for her political dexterity and diplomacy, calming and peaceful persona, strength of character and organization nous.

Her leadership and organizational exploits as well as her contributions to the NPP and the Danqua-Dombo-Busia tradition in the region are a clear manifestation of her political prowess.

Adroitness in marketing, people management skills and excellent human relations are her chief traits which endear her to the hearts of the rank and file of the party in the Region.

She is an affable, caring, result driven, team player, humble and hardworking individual with an excellent interpersonal skills and the power of persuasion.

She has also been a financier of the party over the years and enjoys good relationship with people from both sides of the political divide.