NR: Police grab One over attack on Fulani settlement

The suspects is alleged to have been among a gang of armed men who stormed a fulani settlement on April 13, 2022 and murdered 8 of the inhabitants, injured five others took away some livestock. 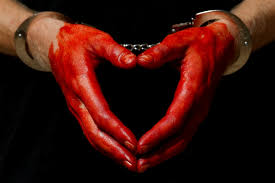 The Northern Regional Police Command, through an intelligence-led operation, has arrested Danko Delabra for his alleged involvement in an attack on a Fulani settlement within the Yendi municipality of the Northern Region.

The suspects is alleged to have been among a gang of armed men who stormed a fulani settlement on April 13, 2022 and murdered 8 of the inhabitants, injured five others took away some livestock.

He was arraigned at the Yendi circuit court and has been remanded to reappear on May 5 2022.

On Sunday April 24, a man believed to be a Fulani has reportedly been shot dead at Bolado in the Zabzugu District of the Northen Region.

This brings the death toll of Fulani’s to 10 within 11 days.

GOT A STORY? Share with us. Email: [email protected] or [email protected] WhatsApp: +233(0)244822034
armed menArrestFulani herdsmenlivestockmurdersuspect
0
Share FacebookTwitterWhatsAppTelegram
Subscribe to our newsletter
Sign up here to get the latest news delivered directly to your inbox.
You can unsubscribe at any time

COCOBOD responds to Ablakwa on board of directors’ fees and allowance