A press statement issued by the scheme said, the decision to suspend the regional director was taken at an emergency meeting held on Wednesday, November 30, 2022 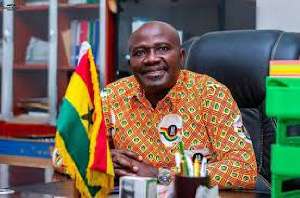 A press statement issued by the scheme said, the decision to suspend the regional director was taken at an emergency meeting held on Wednesday, November 30, 2022.

“The management decision is to allow for further investigations into the alleged verbal assault on a nurse on duty at the Manhyia Government Hospital in Kumasi – a committee comprising representatives from the National Service Scheme, the Public Services Commission and the Ministry of Education has been set up to investigate the matter and to submit it’s report to the NSS management within one month,” the statement signed by the scheme’s Ag. Director of Corporate Affairs, Ambrose Entsiwah Jnr. read in part.

It added that “Mr Opoku-Mensah is thus expected to appear before the committee on Monday December 5, 2022 to answer
questions”.

Alex Opoku-Mensah was caught on tape in an almost 10 minute altercation with a nurse. He was heard in the audio recording hurling insults and threats at the nurse for allegedly intimidating his daughter who is a house officer at the same facility.

Later in an apology shared on his Facebook page, Alex Opoku-Mensah stated that what happened was a mishap and not his style.

“I understand the disappointment and appreciate the inconvenience my action has caused the general public, the nursing fraternity and Manhyia Hospital – This has never been my style, but for a genuine reason to mediate a persistent issue between my daughter (doctor) and a colleague nurse who I as well consider my daughter, I do apologize for any mishap and assure all there will not be a repetition of such”.

“I look forward to maintaining a cordial relationship between any affected person,” Opoku-Mensah added.

Below is the full statement: 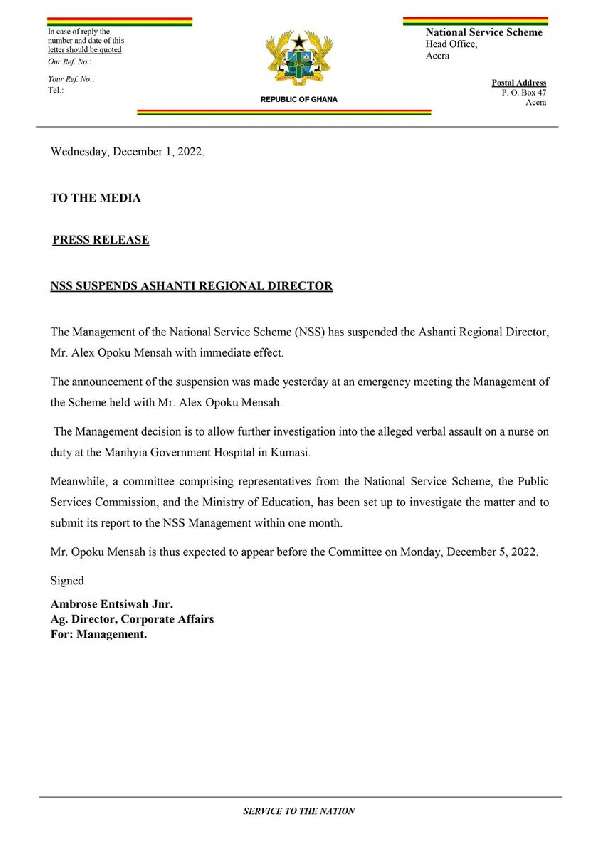 Loan amount, programme financing type for Ghana yet to be decided by IMF