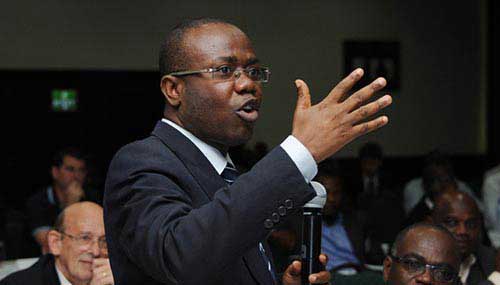 Former President of the Ghana Football Association (GFA), Kwesi Nyantakyi has been re-arraigned before the High Court in Accra over the Number 12 video by investigative journalist, Anas Aremeyaw Anas.

The documentary had revealed that Nyantakyi had been using his position to solicit and take bribes.

Nyantakyi, who is also a former FIFA Council member and CAF 1st Vice President was discharged on March 11, 2021, by the Criminal court 4 of the Accra High Court after the Republic requested more time to file a witness statement.

The trial judge, Justice Comfort Kwasiwor Tasiame, had rejected the request of the State over the delays by the State, pointing out the case had been before her for a full one year.

“…the prosecution has the whole state apparatus behind her to file a witness statement without (the delays)” the judge had noted adding that, “justice delayed is justice denied.”

She, therefore, discharged Nyantakyi and other suspects in the case. “As it stands now, I have no option other than to discharge accused persons. Any time  prosecution is ready, they can do the needful. Accused persons are discharged,” Justice Comfort had ruled.

Following this, the State went to the Criminal Court 2 of the High Court on March 24, 2021, to have the case heard afresh. But Mr. Nyantakyi’s lawyers filed an opposition against the move of the move, requesting that the case be taken back to Court 4.

On June 7, Justice Elfreda A. Dankyi of the Court ruled that the case would be heard before her with the same charges.

Nyantakyi and Abdulai Alhassan were in 2014 slapped with three charges including fraud by the Accra High Court in March last year.

Two other charges were conspiracy to commit fraud and fraud for their roles in a documentary dubbed number 12 by Tiger Eye PI.

In that documentary, Anas Aremeyaw Anas and his team of investigators had gone undercover and pretended to be investors looking to give bribes for favors from the GFA boss. Nyantakyi is seen in the video accepting the bribes.

Initially, June 23, 2021, was set for case processes to begin, but it was adjourned to June 29, 2021, where the same charges leveled against the two last year, were tabled before the court for the hearing.

They were granted bail again, to the sum of GHC 1 million with three sureties just as it was in 2020.