As I stated in my previous post, you are one of the few men of God that I truly revere and cherish. 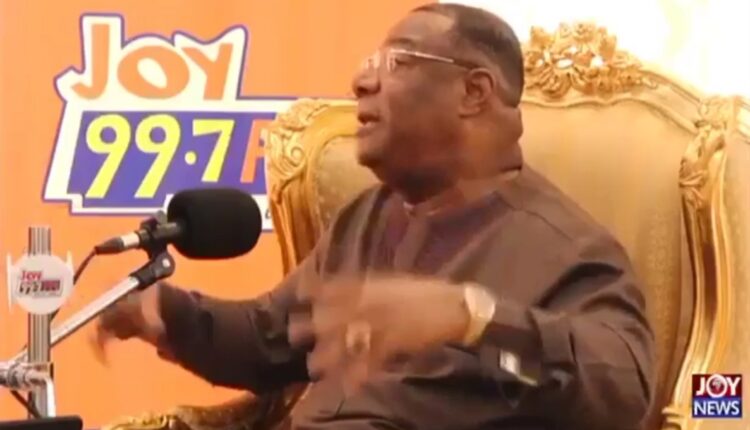 I believe you are doing well by the grace and goodness of our Lord almighty.

As I stated in my previous post, you are one of the few men of God that I truly revere and cherish.

Papa, I hold you in so much reverence that the National Cathedral project is likely to bring your hard-earned name into disrepute. This is precisely the reason I am concerned that some people may count you amount some of the men of God that Nana Akufo-Addo is using to perpetuate his corrupt activities by siphoning state resources under the pretext of building a national cathedral for God.

Papa, on 4th October, 2019, you granted an interview to JoyFM on the national cathedral as a member of its board of trustees.

You told the people of Ghana in that interview that we have no right to criticise the construction of the National Cathedral because taxpayers’ monies won’t be used to build Akufo-Addo’s national cathedral which he says it is his personal pledge to God.

Archbishop Duncan Williams, a lot has changed since you granted that interview. It has become subsequently evident and a matter of public knowledge that the conduct of Nana Akufo-Addo and his appointees in respect of the funding for the national cathedral are inconsistent with the position you espoused in the interview you granted in 2019. Have these new facts about how Akufo-Addo’s presidency and its cronies are spending public funds, and in blatant disregard for the laws of Ghana, come to your knowledge?

It is possible that Nana Akufo-Addo deliberately and knowingly misled or deceived you; he can easily do that without batting an eyelid. Did Akufo-Addo deceive you, or it was part of the secretariat’s plan to deceive Ghanaians (I dont want to believe the latter).

As a man of God who is hugely admired for also being a man of principle by people of all faith, you owe it a duty to the God that you serve, and whose blessings and anointing on your life has been manifestly abundant upon your life (and the many years that you have toiled to build your reputation) to demonstrate to our nation that you can be consistent and principled one more time.

It may be difficult but you cannot put Akufo-Addo’s deceit over and above the honesty and chastity that the Bible you preach from everyday teaches us to do. Dr. Mensah Otabil has shown the way; he resigned when it became untenable to him that so much money was going to be sunk to into a national cathedral for the financial benefit of Akufo-Addo, his team of architects, family and friends.

Respected archbishop Duncan Williams, I would have wished that Rev. Mensah Otabil followed in your path in this matter. However, he has become a trailblazer in this matter so I plead with you to follow in his steps by resigning as a member of the trustees to protect your integrity.

Over 200m Ghana Cedis of the taxpayer’s hard earned money have gone into the construction of the National Cathedral, contrary to what you told us. Please make your name, your church and all the people who hugely admire and revere you for being a principled man of God proud by resigning from the board of trustees of national cathedral, unless there is some other motivation or interest that we all do not know.

May the grace of almighty God continue to be upon you.

GOT A STORY? Share with us. Email: [email protected] or [email protected] WhatsApp: +233(0)244822034
ArchbishopNational CathedralNicholas Duncan-WilliamsOpen letterYayra Koku
0
Share FacebookTwitterWhatsAppTelegram
Subscribe to our newsletter
Sign up here to get the latest news delivered directly to your inbox.
You can unsubscribe at any time