Though the Privileges Committee, which has been given the mandate to probe her is finding it difficult to reach out to her and has now resorted to the publication of her invitation letter through the mass media, the TikTok model has released yet another video dancing and singing to music whilst driving 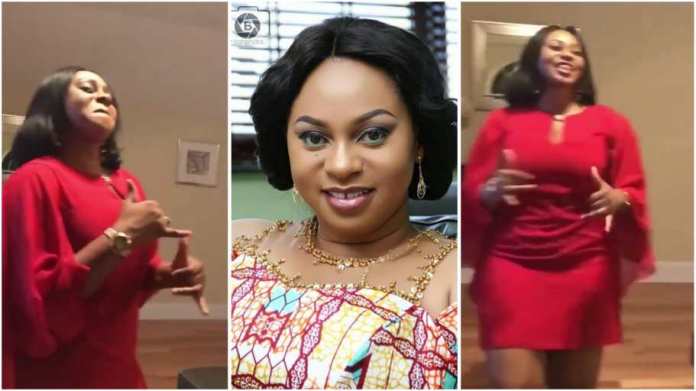 Minister for Gender, Children and Social Protection and also Member of Parliament (MP) ‘at large’ for the Dome-Kwabenya constituency, Sarah Adwoa Safo, appears unfazed with the decision by Parliament to probe her continuous absence from the house.

Though the Privileges Committee, which has been given the mandate to probe her is finding it difficult to reach out to her and has now resorted to the publication of her invitation letter through the mass media, the TikTok model has released yet another video dancing and singing to music whilst driving. It is unclear if the former deputy majority leader prefers her new status on TikTok than her ministerial and legislative duties.

The statement announcing the resort to public summons, signed by the Director of Affairs of Parliament, Kate Addo, said the former Deputy Majority Leader in the Seventh Parliament failed to honour all invitations to appear before the Committee, after the Speaker’s directive.

“As a result, Mr Joseph Osei Owusu, the Chairman of the Committee has summoned her anew, to appear on Wednesday, July 6, at noon, in Committee Rooms 1, 2 and 3 in the New Administration Block of Parliament House. This comes after all attempts to reach the Honorable Member by the Committee failed,” it said.

The fresh summons is under Article 103(6) of the 1992 Constitution and Order 205 of the Standing Orders of Parliament.

According to the release, after parliament failed  to reach her, an invitation letter was sent to her office and her pigeonhole in Parliament, to the Ministry of Gender, Children and Social Protection, where she superintended as sector minister, her official email addresses, known social media handles and through her Assistant.
ZOOM MEETING
Ostensibly the Dome-Kwabenya legislator has the permission to honour the invitation via zoom, a platform where she recently broke her silence on, in a media interview with Accra-based Joy News.

In that interview, she claimed she was performing a mother role to her unhealthy son and would return when things were right.

The Dome/Kwabenya MP, as well as Ken Agyapong, MP for Assin Central and Henry Quartey, MP for Ayawaso Central are being probed for absenting themselves from parliamentary duties. Ken Agyapong and Henry Quartey have responded to the committee’s invitation through verbal communication of official letter. MP for Assin Central, Kennedy Agyapong appeared before the committee and blamed his absence on ill-health.

All the affected MPs would be meeting the committee in-camera.

The Dome/Kwabenya MP was last seen in the house when she appeared for the approval of the controversial 2022 budget. The Minority in Parliament suspected a case of impersonation of Sarah Adwoa Safo and promised to review footage of the sitting.

Adwoa Safo has, however, addressed the issue of her presence in the House by saying she was physically present on the day.

Completing Phase II of UGMC was not easy – Akufo-Addo