Parliament: €135m has been approved for the construction of Suame Interchange

Speaking on the floor of the House on Wednesday, the Majority Leader described the traffic situation in the area as “horrible” due to the poor nature of the Suame interchange roads. 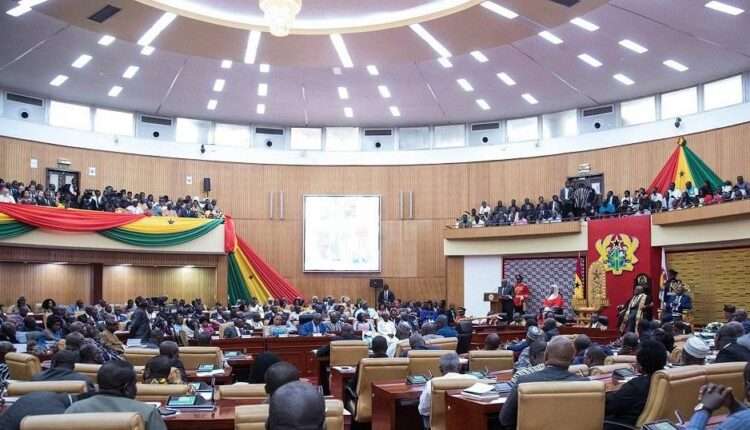 Parliament has approved a €135 million facility to finance the design and construction of phase 1 of the Suame Interchange and ancillary road projects in Suame in the Ashanti Region.

“All in favour of adopting the motion say aye, all against say No. The ayes have it, the House has adopted the motion,” the Speaker said.

MP for the area, who is also the Majority Leader, Osei Kyei-Mensah-Bonsu was booed by some angry residents over the poor state of roads in the area last week.

Speaking on the floor of the House on Wednesday, the Majority Leader described the traffic situation in the area as “horrible” due to the poor nature of the Suame interchange roads.

He, however, warned that the construction will cause a dustier atmosphere and that residents must bear with the situation.

“I am hoping that the people of Suame, and indeed Kumasi, when it comes to be constructed will not use the situation that they complained about, especially the creation of dust, to jeopardise the construction of the project…I am just saying that we should anticipate this so that nobody feeds on it and creates unnecessary problems for the contractor,” he stated.

Minority Leader, Haruna Iddrisu led his side to support the loan agreement. He recounted that he had used the road previously and its poor state must be fixed immediately.

“We support this motion Mr. Speaker. Why this road is important is that I sometimes use it when I want to cut off from Kumasi through Techiman on the way to my village…I am afraid that the money may not be adequate enough knowing what goes into construction these days. Prices have escalated, contractors how much they bought iron rods, how much they bought cement if this was the basis of their computation, they may come in for additional resources. I support the motion and urge colleagues to vote massively for it,” he said.

On Monday, July 18 a vehicle belonging to the MP for Suame, a constituency in the Ashanti Region, was reported to have been pelted with sachet water and other items such as coconut husk.

In an interview with JoyNews, Mr. Kyei-Mensah-Bonsu appreciated the concerns of the agitated residents, “they are not happy about the state of the roads, so if they see anybody in authority, definitely they will react this way,” he said.

It took the timely intervention of the Police to whisk him to safety as the residents descended on him by throwing items his way.

Statement: Thirtieth Anniversary of the PNC