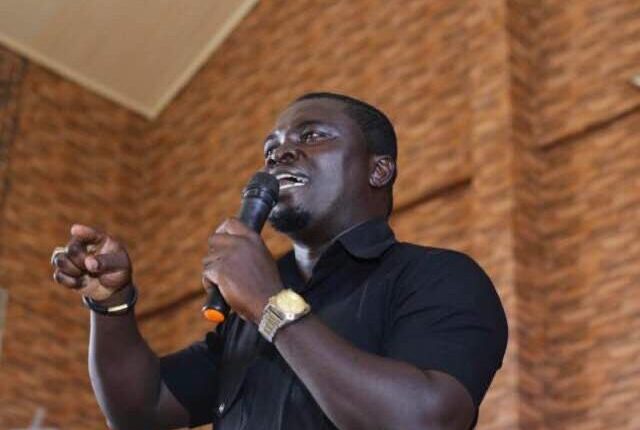 An astute communicator and grassroots Organizer for the National Democratic Congress (NDC), Bright Botchway, has said that, Assin North people are very discerning and it will be difficult to vote for NPP anytime elections will be conducted in the Constituency..

Mr Botchway who doubles as Deputy Regional Youth Organizer in the Central region made this revelation on Winneba based radio station.

He made this comments after the judge dismissed the appeal before the panel and ordered that all applications relating to the appeal case be struck out.

When asked about the plans in place for the NDC now that the appeal court has given ruling in the case of the embattled MP Mr Quayson as it is clear that there will be a possible by-election, Mr Botchway clearly indicated that though the court has given it verdict and the party welcomes it in good fate but he disagree with the ruling in that regard.

He further said, the judgement by the Court of Appeal at Cape Coast sparks controversy and therefore the Legal Department of the Party are going to file a fresh motion to RELIST the Notice of Appeal which was struck out by the Court of Appeal so he has no fear that and surely Mr Quayson will be restored to continue his normal parliamentary duties very soon.

“The NDC will use the same legal process to ensure the seat remains with the party.’ he stressed

The vibrant Youth Organizer Indicated that the Assin North Member of parliament “ won the election convincingly as a candidate and citizen, born and bred in that community but for some time had to settle in Canada. He subsequently, as I understand, renounced his citizenship, express so far back in 2019, got his certificate at least before the elections”

Mr Quayson has a strong case and surely he will emerge victorious but it’s is alleged that Abena Oduro the former member of parliament want a rematch to face Mr Quayson by re- election which I doubt it will come on this time around though if there is an elections today Mr Quayson will still win the Seat for the party because the Former member of parliament performed abysmally and the good people of Assin rejected the the NPP party and her candidature.He added

“We in the Central Region remain unshaken, we are confident that it is our seat, it’ll remain our seat. Our first option is to use the same legal processes and legal forum and opportunities available within the constitution.”

He further detailed that all the
Citizens from
Assin North should be strong and keep the support alive as the leadership will come out and address them accordingly alley all fears.