Leader of Sovie- Deme electoral area in the Kpando Municipal, Michael Tsorhe asserted that, the community never benefited from any of the government’s flagship programs especially the planting for Food and Job policies. 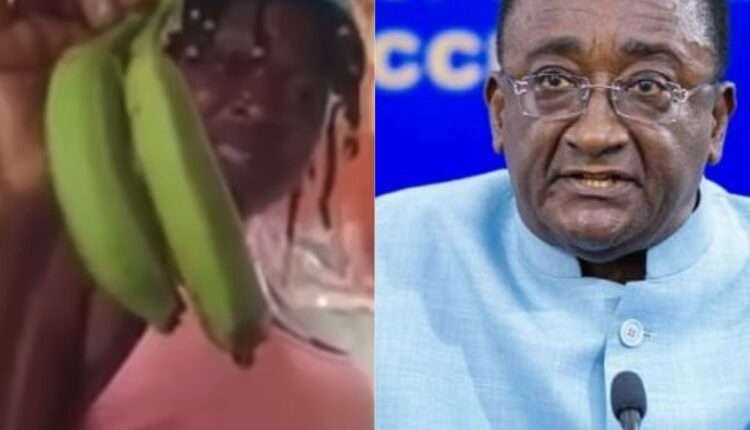 Mr. Michael Tsorhe, an Opinion leader of Sovie-Deme in the Volta Region, has urged the government to stop the fanciful sloganeering and support the youth of his community to embark on rigorous mechanized farming to feed the nation and reduce food hikes in the country. Mr. Tsorhe, who made the remark in an interview with The SPYder on the developmental challenges confronting the community in recent times, indicated that, Sovie is endowed with vast fertile land that can be harnessed to improve the food security of the country.

Leader of Sovie- Deme electoral area in the Kpando Municipal, Michael Tsorhe asserted that, the community never benefited from any of the government’s flagship programs especially the planting for Food and Job policies. He said the community is blessed with a very fertile land that can support the food production basket of the country and that, the youth of the community are hardworking and willing to support such large scale farming to get some income and improve the food security of the country.

Mr. Tsorhe explains that the felt-need of the community will be for government to adopt the community for its flagship Program-Planting for Food and Jobs and improve the access road between Sovie and Kudzra to aid the transport of food items produced to the biggest market center in Kpando.

“Sovie should be considered for the planting for food and Jobs program if they can…the appeal I want to make to the President is to passionately suggest to him to help develop the feeder roads between Sovie and Kudzra where a vast farm land is, so that the youth get into commercial farming. The land is lying idle, if the can put a bulldozer on it and make it more accessible and portions given to the youth and provide all necessary logistics, the youth are ready to go into farming to feed the country” he noted.

The Assembly Member emphasized that, if government should consider his plea for this extensive agriculture program, it will open up the community and improve the food security of the country.

Meanwhile, an Agriculture expert and vegetable farmer in the Angloga Constituency, Godsway Attah has explained that many farmers in the area have not seen any policy implementation from the Ministry of Agriculture. He said the farmers in the Anloga area needs help with subsidies on fertilizers which is not forth coming. He was certain that many youth of the area are willing to get into agriculture if government will create the necessary conducive environment for them.

“Even now we are expecting subsidies on fertilizers but till now farmers have not received anything, it’s not about slogans but getting the job done well on the ground” he advised.

Mr. Attah also explains that the residents of Anloga are pushing for a tomatoes factory to be sited in the district, which will allow them to produce more tomatoes as raw material to feed the factory.

He passionately appealed to the government to always consider farmers’ view on the implementation of the planting for food and jobs policy to help shape the policy for the better.

GOT A STORY? Share with us. Email: [email protected] or [email protected] WhatsApp: +233(0)244822034
AgricultureCommunity LeadersPFJPlanting for Food and JobsSloganeeringsupportYouth
0
Share FacebookTwitterWhatsAppTelegram