"As with any injection, it can go into your bloodstream," he says. "And if it gets in the bloodstream, it can block the blood vessels and cause necrosis [or dead tissue]. So that's a huge danger." 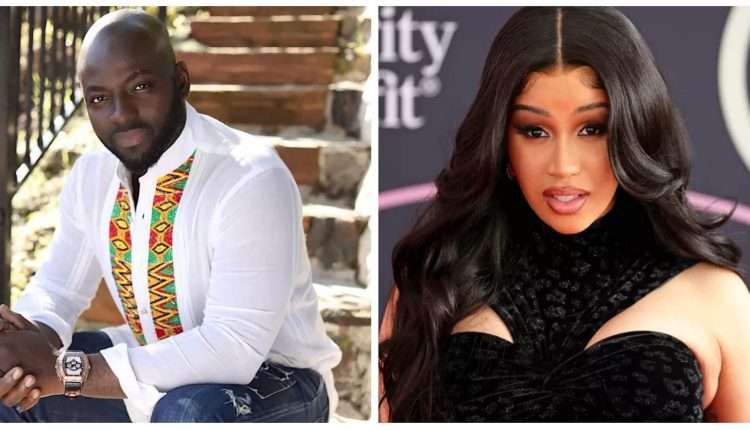 Dr. Michael K. Obeng, a board-certified plastic surgeon and a member of PEOPLE’s Health Squad, tells PEOPLE about the dangers of illegal injections after Cardi B shared that she had her injections removed in August. The rapper had previously discussed getting the illegal shots for $800 in a basement in 2014.

“Most of these illegal injections are made with silicone, and silicone or any foreign substance can migrate within the body, which can lead to infection and hardness over time, deforming parts of the body,” Obeng, who does not treat Cardi B, says.

“As with any injection, it can go into your bloodstream,” he says. “And if it gets in the bloodstream, it can block the blood vessels and cause necrosis [or dead tissue]. So that’s a huge danger.”

“It’s very devastating because of the fact that you cannot just take out the silicone. You’re going to take the silicone out, but you’re going to have to sacrifice some good tissue around it. Because if not, you will leave some silicone behind. It’s disgusting.”

Obeng is seeing more patients who, like Cardi B, need additional and expensive surgery to remove the silicone.

“It costs more to remove the injections because of the fact that it’s very invasive,” he says. “You have to make incisions. And sometimes, you have to lift up the whole butt, like a book. You have to make an incision and raise a flap, and go in and shell it out — it depends on how extensive it is.”
He adds: “I’ve seen some that feel like cement — the whole butt. So these are the things that these women are dealing with. And they’re embarrassed to tell anybody.”
Related Posts

Obeng says he has also treated a man who was suffering from illegal injections to his chest.

“He had wanted to make his pec muscles look more defined,” Obeng says. “And after 20 years, I had to take them out — his whole chest was deformed. And it was taken out, and then I had to do pec implants in the second stage. Men also get it into their calves, just pretty much everywhere.”

The Los Angeles-based doctor and founder of the nonprofit R.E.S.T.O.R.E. also spoke out about how the injections differ from the procedure known as the Brazilian Butt Lift.

Cardi B also had advice for people thinking about getting a Brazilian Butt Lift.

“When it comes to BBLs, if y’all want advice from me, before you get your BBL done you have to make sure your blood levels are all right,” she said. “If a doctor says your blood levels are too low or you have diabetes or whatever, don’t do it.”
GOT A STORY? Share with us. Email: [email protected] or [email protected] WhatsApp: +233(0)244822034
Butt InjectionCardi BDr. Michael K. Obengplastic surgeonwarning
0
Share FacebookTwitterWhatsAppTelegram