Ekey is being accused of defiling a 12-year-old girl at Kojo Sardine, La in Accra. He has denied the charge and the court presided over by Mrs Christina Cann has remanded him into lawful custody. 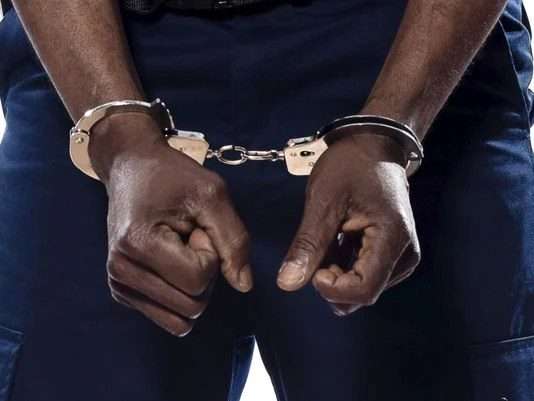 The Police have picked up a 28-year-old Labourer at Anloga in the Volta Region after abandoning his trial at an Accra Circuit Court for over several months.

The Cyber Crime Unit of the Ghana Police Service traced him through his phone.

Ebenezer Ekey had been put before the court over a charge of defilement.

Ekey is being accused of defiling a 12-year-old girl at Kojo Sardine, La in Accra.
He has denied the charge and the court presided over by Mrs Christina Cann has remanded him into lawful custody.

The case of prosecution led by Chief Inspector Simon Tekpor is that the complainant is a trader and mother of the victim, a class five pupil. Accused works at Spintex, Accra.

The prosecution held that the complainant and the victim resided at the accused person’s grandmother’s house at La in Accra.

It said on July 26, at about 1:30 pm, the victim returned from school and Ekey sent her to buy him GHS2.00 AirtelTigo airtime credit.

The prosecution said when the victim returned with the airtime credit, Ekey dragged the victim into his brother’s room and defiled her.

It said the victim further alleged that in the early part of July 2021, she was sexually abused by Ekey who warned her not tell anyone.

The matter was reported to the Police at Cantonments and the complainant was issued with a medical report form to seek medical care for the victim.

The prosecution said on July 29, 2021, Ekey was arrested by the Police.

It said on August 3, 2021, accused was put before the court and he was granted bail.
The prosecution said the accused failed to attend court and a bench warrant was issued for his arrest while the bail bond was extended on the sureties.

It said on November 14, this year, Ekey was arrested at his hideout in Anloga in the Volta Region.

World Cup: Ghana’s Inaki Williams Has Hopes for a Goal