The workshop forms part of the NGO’s regional project to “support the fight against human trafficking in the Gulf of Guinea countries” including Ghana, Nigeria, Benin, Guinea, Cote’ D’Ivoire and Togo being implemented by the organisation with funding from the European Union (EU). 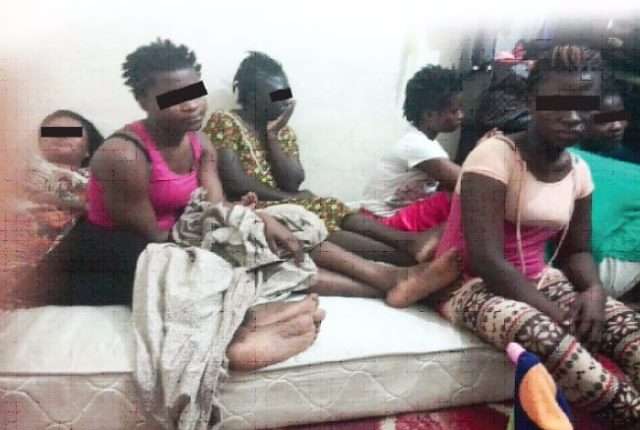 The Ghana Police Service (GPS) has called for strong partnership between Ghana and Nigeria to tackle rising human trafficking, particularly, for commercial sex work in both countries.

Chief Superintendent Mike Baah, the Director of Anti-Human Trafficking Unit of the GPS said it was worrying about 90 per cent of traffickers and their victims in the country were Nigerians, including minors, trafficked for commercial sex work.

“The situation has worsened that some of the trafficked victims for sex work have graduated to Madams, using innocent and unsuspecting girls from Nigeria to enrich themselves”, he stated when speaking at a five-day training workshop, underway in Accra.

Expertise France, a French public cooperation is organising the workshop, being attended by 20 selected Journalists, 10 each from Ghana and Nigeria and aimed at empowering them to pitch and produce compelling stories in both countries.

The workshop forms part of the NGO’s regional project to “support the fight against human trafficking in the Gulf of Guinea countries” including Ghana, Nigeria, Benin, Guinea, Cote’ D’Ivoire and Togo being implemented by the organisation with funding from the European Union (EU).

That notwithstanding, C/Supt. Baah said the Unit was doing well to clamp down on traffickers, saying this year only Ghana had had five convictions including eight individuals who were serving various jail terms, and out of those convicts five were Nigerians.

“We recently rescued a victim who was sleeping with 13 men a day. Some of these victims had gotten pregnant and delivered”, he said, adding that “trafficking is all over the place and as the fourth arm of the government, the media must intensify public education to help stem the menace”.

C/Supt. Baah expressed worry that when arrested many Nigerian traffickers kept changing their identities, saying the Police was collaborating with the Nigerian High Commission in Accra to help identify the identity of the traffickers, publish, name, and shame them.

He said Ghana and Nigeria remained a source, transit, and destination countries for victims of trafficking, saying aside the conviction, Act 964, Section 40, 2005 enjoined the nation to confiscate the properties of traffickers.

This year alone, he added the Police had rescued 60 cyber-trafficked victims who were all Nigerians, and asked Journalists in both countries to also build and strengthen cooperation to help tackle the menace.

Mr Charles Autheman, a France-based media consultant and a facilitator would take the participants through key terminologies, international conventions and the required skills and abilities for pitching and writing.