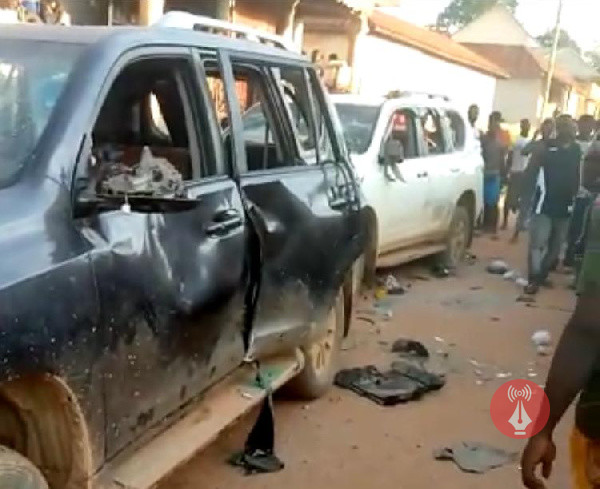 Fourteen persons are in the grips of the Ashanti Regional Police Command for chasing some illegal miners from a mining site at Ntobroso in the Atwima Mponua District of the Ashanti region, resulting in the death of one.

The group, who had stormed the mining town in two Toyota Prado Land Cruiser vehicles posing as a task force from the Minerals Commission are alleged to have been terrorizing and extorting money and gold from artisanal miners in that area for a long time, but luck eluded them on Wednesday.

One illegal miner died when he fell and drowned in the Offin River while fleeing from the group who had stormed the mining site in their two vehicles clad in security accouterments and wielding guns.

The deceased, popularly known as Nana Addo was a cobbler at Asuoyeboah, a suburb of the Kwadaso Municipality who had gone to the mining area in the company of other young men for greener pastures after he was unable to operate his shop during the 3-week lockdown on the Greater Kumasi Metropolitan Area.

Speaking on Kumasi-based Angel FM on Thursday, Oboy Emma, a mobile phone seller at Adum Kumasi who was with the deceased hunting for gold when the group stormed the site said the disease fell in the river in his attempt to flee from the fierce group; they were two that jumped into the river but the other survived.

The youth of the Ntobroso town barricaded the road and accosted the group when they tried fleeing after noticing the death of the young man; their two land cruisers were seized and vandalized.

The District Chief Executive for Atwima Mponua, Hon Williams Darko said it took the intervention of the chief of Ntobroso to whisk the group of 14 into his palace for cover before the youth could lynch them.

He indicated that they have been arrested, fourteen in all and handed over to the Ashanti Regional Police Command.

Ashanti Regional Minister, Hon. Simon Osei Mensah says the matter is being investigated and whoever falls foul before the law would not be spared after it was suggested to him that the group had links to the government and the New Patriotic Party (NPP).

Importers and Exporters angry at Government for reversing its 50% Benchmark value reduction.