What exasperates human rights defenders the most is that the Polisario remains an organization escaping all control, despite the serious crimes and violations it has committed since its creation. 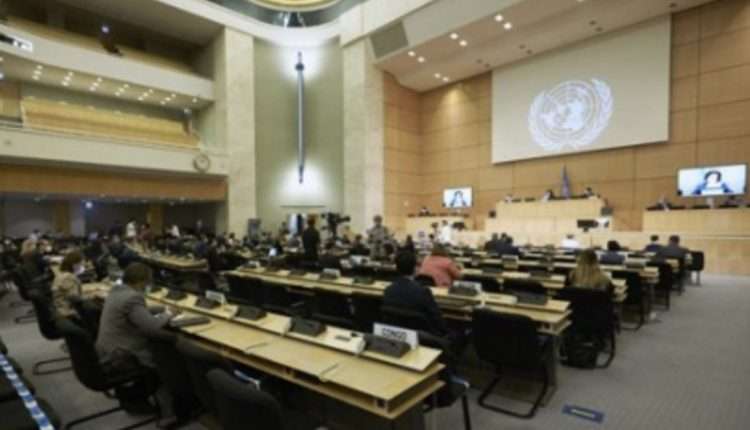 Speakers at a symposium organized on the sidelines of the 51st session of the United Nations Human Rights Council (HRC) session, have condemned the atrocities committed by the Polisario in the Tindouf camps.

This symposium was initiated by “Promotion of Economic and Social Development” (PDES) and “International Observatory for Peace, Democracy and Human Rights, Geneva” (IOPDHR-GENEVA).

Speakers familiar with the reality on the ground took turns to reveal, once again, the atrocities of which the kidnapped people of Tindouf are victims every day.

“The Algerian security services and the Polisario front are committing massive violations of human rights with all the humanitarian atrocities that accompany it, against the backdrop of the Sahara conflict”, the initiators of the symposium are indignant.

“Although the Polisario has acknowledged that human rights violations have occurred in the past, it has not provided clear data on enforced disappearances, abductions, extrajudicial, summary or arbitrary executions, torture in detention centers, and cruel, inhuman or degrading treatment or punishment”, they noted.

What exasperates human rights defenders the most is that the Polisario remains an organization escaping all control, despite the serious crimes and violations it has committed since its creation.

The Polisario militiamen have made the Tindouf camps a rear base to order kidnappings, looting and arbitrary and terrorist attacks, claiming thousands of victims not only among the residents of the Tindouf camps, but also in Mauritania, Mali, South Korea, France, Spain and Morocco”, alerted, for the umpteenth time, speakers before the participants of the 51st session of the Human Rights Council, who came from all over the world.

The President of the “International Observatory for Peace, Democracy and Human Rights in Geneva” (IOPDHR-GENEVA), Ms. Aicha Duihi, denounced the impunity enjoyed by the Polisario to continue to commit crimes as its militiamen have always done since five decades of violations and inhuman treatment, the most notable of which were torture and arbitrary executions.

The speakers agreed to underline, with insistence, that the violations of the right to life committed by the Polisario are imprescriptibly crimes and are similar to those perpetrated by terrorist groups operating in the Sahelo-Saharan region, far from the radars.

Through their appeals, the participants in the Geneva symposium once again broke the silence on “the forgotten victims of history who are still waiting for justice to be done, but also on other victims who continue to work to bring the truth to light, especially after the entry into force of the Algerian Charter for Peace and National Reconciliation, whose objective seems to be to reverse the roles and alter the truth”.

The speakers at the symposium, whose work was coordinated and moderated by Aicha Duihi, were Emmanuel Tawil, professor at the University of Paris II Panthéon-Assas; Lorenzo Penas Roldan, international lawyer for terrorism and international security cases; Sophie Michez, Lawyer at the Brussels Bar; Chema Gil, director of the International Security Observatory and expert on terrorism and international security issues; Maghlaha Dlimi, Director of the Dakhla media library and Mr. Naoufal Bouamri, Lawyer and human rights activist.