Political Partnership; No Need to Shower Praises on MPs

In fact, over the years, what has been the case is that, candidates win their political positions so aspired for and tend to ignore or jettison the very people who helped them (Now MPs, MCE, DCE & President) in the process. 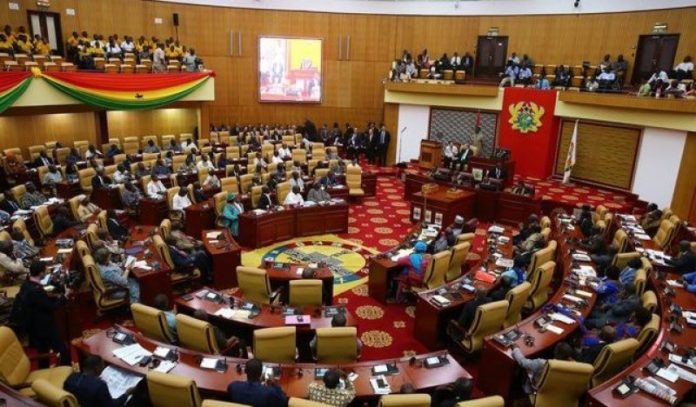 In the perspective of business or entrepreneurship, partnership is simply defined as the coming together of two or more people pulling their resources to transact business for profit. In fact, the company law makes it quite clear that, the required number of people who can form partnership may have from 2 to 50 or more members as in the case of large law and accounting firms, brokerage houses, and advertising agencies. Essentially speaking, businesses are transacted for two(2) purposes. These are: 1. To provide goods and services to meet the needs of a people (consumers), and 2.To make profit on the financial investment so made in the business venture. It is also equally imperative to note or state that, debts or loses are also associated with business operations. Sometimes, businesses wind up in a situation of insolvency.

Vitally, zooming into the main caption as conspicuously indicated above, political partnership in my own coinage, simply means, a candidate vying for whether a Member of Parliament (MP), President and so on and so forth within the political enclave or space. However, in such a situation, clearly, the aspirant can not do it all alone or all by himself or herself. He or she will require or need the services of other like-minded people to partner with him or her  in order to get his/her political ambitions, persuasions and aspiration actualized or accomplished. However, in so doing, resources of all types and kinds are essentially required and needed to be pulled to ensure an effective running of this political entrepreneurship venture.  Apparently, some of these resources needed in this political enterprise are listed as follows: (a) Human capital, (b)  Money, (c) Materials, (d) Time among other things. In fact, these resources must be put together to ensure an effective running and management of political campaigns, communications, marketing, organization and reporting.

Conventionally, it is a common practice that, in the business partnership environment or circus or arena, the accrued or declared profits after tax are shared based on or in a stated ratio. In the same way, losses are also shared on or in the same stated ratio. However, the multi dollar question worth asking is, what is the profit/loss sharing ratio in the political partnership whereby a candidate uses the energy, mental dexterity, knowledge among other things of party followers and sympathizers ( Delegates or Party people?)  Seriously, I doubt if there is a system like that in place in our political circus in this country. In fact, over the years, what has been the case is that, candidates win their political positions so aspired for and tend to ignore or jettison the very people who helped them (Now MPs, MCE, DCE & President) in the process. In fact, the damning and disturbing issue has always been that, a chunk of the people end up being rejected or forgotten and their names seem to disappear from the memories or minds of the beneficiaries of their toils and sweats.

Traditionally, it is said in a business spirit and language that trades are practised mainly because of its accompanying profits. Politically, a party followers and sympathizers will dedicate themselves, time, enegy, and lives towards a particular candidate in an election not because the candidate is so nice a person or handsome whatever. In fact, the clandestine agenda behind their active and aggressive involvement is for some benefits or importance after electoral victory has ultimately been secured  which includes the following:

Conclusively, most times ,I get sick and tired of some MPs, MCEs or DCEs prouding themselves that they have been able to secure employment opportunities and other equally important opportunities for some of the people (Partners) who also helped and contributed in diverse ways during the campaign  and electioneering time towards those MPs’ political victory . Oftentimes, some of these MPs, MCEs among others want to always demand appreciation and praises from those who have been helped by them. In fact, these MPs and other elected political figures tend to forget that, they did not get voted on the basis of their merit, might, wisdom, physical look or appearance and stature. In fact, some of these MPs should be made aware that, they did not win their elections on their own might, efforts, wisdom, and energy alone but rather, in partnership with other party like-minded people. So now, what is the prudence of those MPs demanding to be showered praises on them for  helping  some of the very party people who were active partners during the electioneering  time?  However, it is high time our MPs and other elected officers  in government realized that, reciprocating the assistance and help so enjoyed from the party people during the campaign and electioneering time to the same party people is no achievement but rather a share of the electoral and political profits realized and declared after electoral struggle and  victory which they all committed ourselves to achieving it together.

A Free and Vibrant Press; An Indispensable Part of Democratic Governance: A Case Study of Ghana