Poor Handling of the Economy: GLU wants Akufo-Addo out of Office as President in the next 3 Months

“In 3 months’ time if the Economy is not showing the right management, the President should himself consider resigning!” 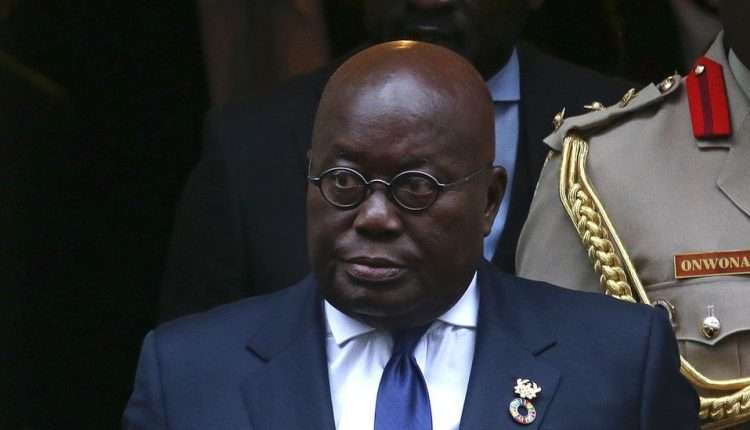 Ghana Leadership Union (GLU) – a think-tank on thought and leadership, has advised President Akufo-Addo to resign from office should all the key measures proposed in his Sunday night address coupled with his inability to sack underperforming Finance Minister, Ken Ofori Atta, fail to yield the appropriate results that would turnaround the Ghanaian economy in three months.

In a statement signed by its International President, Dr. Kwaku Abiem Danso, the GLU expressed disappointment in the address of the President because it failed to offer solutions to the fundamental issues bothering the Ghanaian economy.

“Our group is dismayed by the lack of Solutions offered by President Akufo -Addo last Sunday night to help our ailing country that has been pushed to its economic edge due to obvious lack of concern for some time now!

“For a man who promised to have the right men and the best economic team for the job, it appears mere sources and means of revenues and expenses were being neglected while inflation rate and Bank lending interest rate and unemployment hit all time highs in the 30% range, as growth rates sank!

“It appears neither Dr. Bawumia nor Ken Ofori Atta has been watching the fundamentals, especially in the last year as the Ghana cedi has hit an all time low value by some Ghc15 to $1 from about Ghc 8 to $1 only last March,” the statement noted.

The Union advised the President to consider resigning as President of the republic should the economy not experience a turnaround in three (3) months.

“In 3 months’ time if the Economy is not showing the right management, the President should himself consider resigning!” the statement suggested.

The statement further pointed out how the government abandoned its mantra of changing the Ghanaian economy from taxation to production but failed woefully while it has contracted more loans without recourse to interest accumulation.

“It is quite clear local production has been almost abandoned in favor of imports while borrowed loans are being focused on from $3.5 billion to $13.5 billion in just 5 years without consideration of the accumulation of interests!” the statement added.

The statement opined that the unethical behavior of allowing the Finance Minister Ken Ofori-Atta and the Minister of State at the Presidency in charge of Finance, Charles Adu Boahen to be earning commissions on the Bonds of borrowed moneys also smacks of conflict of interest that the Akufo-Addo administration seems not to see as of weak morals and wrong and that people that claim to use the name of God and Christianity as a yardstick, it smacks of a major Hypocrisy.

The statement mentioned some spendings that destabilized the Ghanaian economy including paying our people in power the colonial benefits of travel and meeting allowances, with expensive $120,000 chauffeured vehicles with free petrol, and chartered jets for the President at $19,000 per hour.

The group further questioned why the President Akufo-Addo government ridiculed the idea of borrowing from the IMF 16 times before their term, and now going back to borrow from them and ask for help in managing their Economic business?

The GLU also asserted that the nation of Ghana is shocked that the President has not sacked the Ministers responsible for the Economy and he himself has not thought of resigning for this massive failure and the disgrace brought on Ghana.

GLU is therefore demanding that the President consider carefully the call by some NDC AND NPP legislators for the Finance Minister to resign, and refund all monetary gains made under his term of service and that of his deputy.