“All our machines are down, except one. And the previous Parliaments have made efforts to try and get replacements. The Parliamentary Service Board is still working on those reports,” 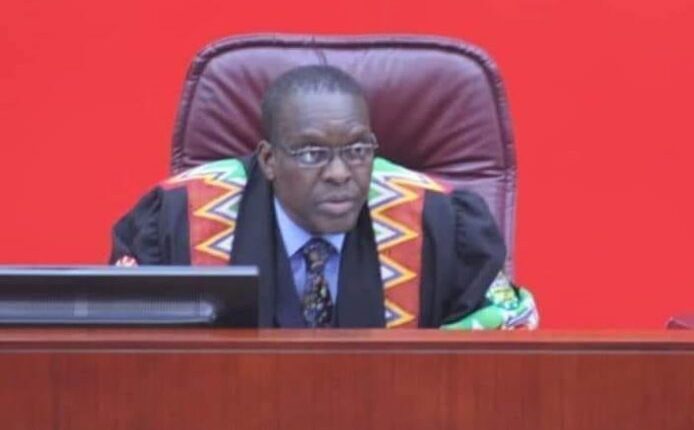 Speaker of Parliament, Alban Bagbin on Thursday lamented over delays in releasing the first quarter funds to Parliament, to enable the House carry on its operations.

He told the House that the delay in commencing proceedings of Thursday, May 26, was because they were facing some challenges at the Printing Department of Parliament.

“All our machines are down, except one. And the previous Parliaments have made efforts to try and get replacements. The Parliamentary Service Board is still working on those reports,” the Speaker stated in his response to a remark by Alhaji Mohammed-Mubarak Muntaka, the Minority Chief Whip, on why the Table of Office of Parliament could not print out all outstanding Official Reports of the House for the members.

“We are not getting the necessary financial support to buy new ones, even though the Board has given approval, we are still sourcing funding and is not there,” the Speaker said.

The current official report of the House dates to March 22, 2022.

Mr Bagbin said: “What many of you (Members of the House) do not know is that even as at this time, we do not have any releases from the Ministry of Finance to run Parliament.

“So, we have been running Parliament on some arrears of last year; it is not easy. And so, sometime you see your requests for me to approve for you to do somethings are declined, it is not because I love declining your requests. It is because we do not have the word with us to fund those operations.”

Mr Bagbin said the Ministry of Finance should stop treating Parliament like a ministry or MDAs (Ministries, Departments and Agencies).

“I will emphasis this again, this is an arm of Government, we are not part of the MMDAs (Metropolitan, Municipal and District Assemblies),” he stated.

“We have even been written to, to reduce our budgets in some areas by 50 per cent; and so, if they want Parliament to run aground, they should let us know.

“The Speaker, is not ready and prepared to be blamed for the inability to get Parliament going just because we are not getting the necessary funding.”

Mr Bagbin said: “Others may have some hesitations in saying this, but I don’t have.”

Mr Frank Annoh-Dompreh, the Majority Chief Whip, said he was identifying himself with the Speaker in this matter, because the Speaker was speaking on behalf of the House.

“Mr Speaker, on any day I will do you bidding in things like this that goes to solidify speaking to welfare of Parliament.”

He said while the Members of the House lament over the issue, they also need to know that the Government had shown an attitude to engage.

“And several times we have engaged at that high level, so I want to assure you that we will do the needful, everything and anything within our means to engage further and ensure that ultimately, we will be able to resolve these matters,” Annoh-Dompreh said.

He said taking the matter further, there were also some statutory payments that had been outstanding for a while and that the refreshing news was that the Finance Ministry was making payments in terms of the National Health Insurance Authority (NHIA), GETFund and the District Assemblies’ Common Fund.

He retreated that the Government would ensure that the issues concerning statutory payments arrears were addressed.

“Yes. It is a genuine challenge and it is not limited to only our country. Globally, we have challenges; as a country and as a continent, but the good news is that the Government is ready to deal with them.

“Mr Speaker, just rest assured, in the few weeks ahead of us, all of us will witness, the massive changes that we are all desirous in seeing.”

GOT A STORY? Share with us. Email: [email protected] or [email protected] WhatsApp: +233(0)244822034
Alban BagbinfundsParliamentPrinting Department of ParliamentSpeaker of Parliament
0
Share FacebookTwitterWhatsAppTelegram
Subscribe to our newsletter
Sign up here to get the latest news delivered directly to your inbox.
You can unsubscribe at any time