The group raised the accusations in a Press statement dated September 19, 2022, and copied to various media outlets. 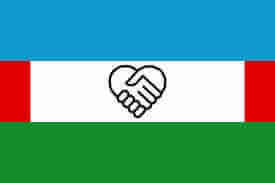 The Homeland Study Group Foundation (HSGF) – a group that has been pressing for the secession or independence of Western Togoland from the Republic of Ghana and the restoration of the freedoms and liberties of its people has pointed accusing fingers at the late Queen Elizabeth II of England as the architect and mastermind behind the ‘stealing’ of Western Togoland or British Togoland under British administration and the adding of same to the Gold Coast colony in 1956-57.

The group raised the accusations in a Press statement dated September 19, 2022, and copied to various media outlets.

“The foundation is highly disappointed in the Queen that she did not make any attempt to correct the wrong done to our country Western Togoland (British Togoland under British administration). The land under her watch which was stolen and added to the Gold Coast colony in 1956-7. It added that Western Togoland was caught unawares in such a calculated crime by the so called civilized nations of the world and described the Western Togoland situation as “one such horrible acts ever recorded in the history of the World,” the statement noted.

The Foundation also used the opportunity to announce the final funeral rites of its founder and leader, the late Papavi Hogbedetor which has been slated October, 2022. 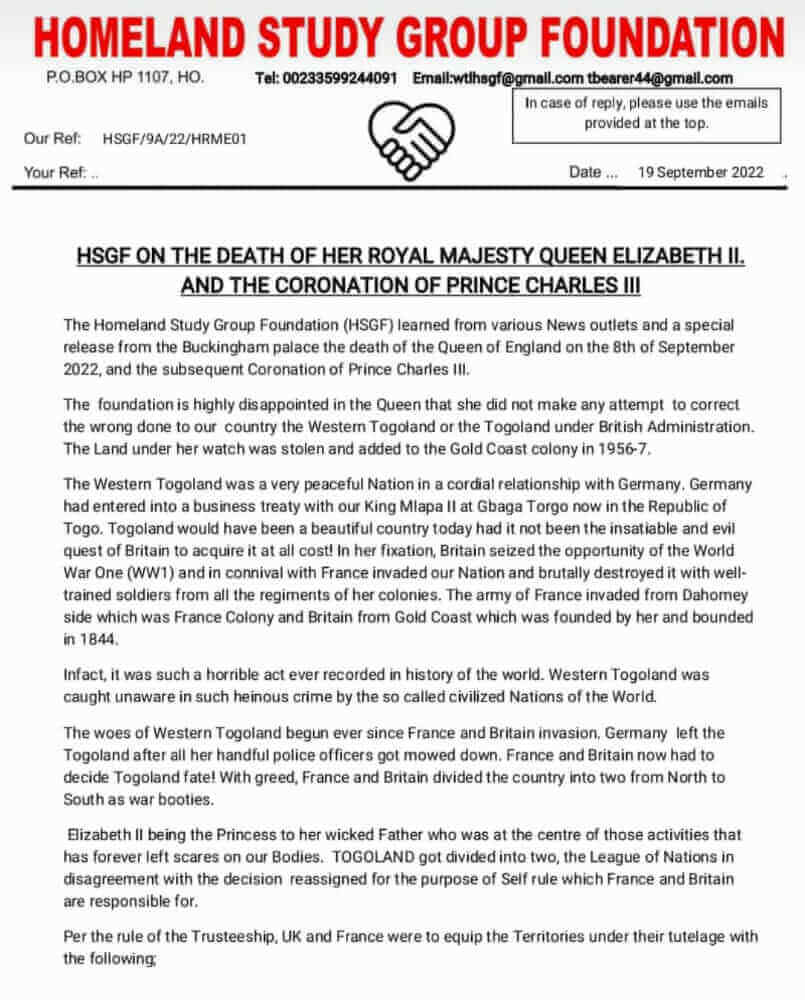