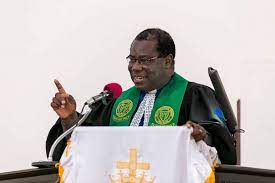 The policy was introduced in 2017 by the government to deal with the high unemployment situation.

It was initially supposed to run for three years but was extended for an additional year.

The Finance Minister, Ken Ofori-Atta announced in the 2022 Budget that the job creation policy will end on September 1.

Speaking at the 22nd General Assembly of the Presbyterian Church of Ghana at Kwahu Abetifi in the Eastern Region, its Moderator, Reverend Professor Joseph Obiri Yeboah Mante urged the government to extend the program while working to find a sustainable solution to youth unemployment.

“We plead that any arrears and allowances owed the beneficiaries are paid to help improve their circumstances”.

The Moderator of the Presbyterian Church also called for a review of the Free Senior High School Policy to enable parents capable of paying the fees of their wards to do so.