Review of Ghana’s table group at the World Cup 2022

This is a very interesting group with the participation of 4 notable teams from 4 different continents. According to some reviews from reputable betting sites like soccer Betway, the team with the highest win rate is Portugal.

The 2022 FIFA World Cup is still 7 months away (from November 21 to December 18, 2022). On the evening of April 1, 2022, the whole football world turned to Doha, Qatar, where the draw for the final round of the Qatar 2022 World Cup took place. Accordingly, Ghana was in Group H with Portugal, Korea Republic, and Uruguay.

This is a very interesting group with the participation of 4 notable teams from 4 different continents. According to some reviews from reputable betting sites like soccer Betway, the team with the highest win rate is Portugal.

Although the European Selecao had to go to Qatar with a salvage ticket, their strength was undisputed. Ronaldo’s desire, along with the high performance of the Portuguese players, makes them considered one of the top championship candidates.

Portugal’s most annoying opponent in this group is probably Uruguay, the team that came to the World Cup thanks to 3rd place in the South American qualifiers. However, Uruguay’s form is not really impressive. This team no longer shows discomfort and is not overrated in this World Cup.

The fact that Uruguay is not in good form can open up opportunities for Korea, the elite representative of Asia. Passing the qualifying round easily, the goal of Son Heung-min and his teammates certainly does not stop at the World Cup group stage.

The remaining team of the group is Ghana, a name that always has the potential to surprise the black continent. At the 2010 World Cup, Ghana made a strong impression and wants to repeat the same thing in this year’s tournament.

Twelve years ago, Ghana and Uruguay faced each other in the quarterfinals. The dream of being the first African team to reach the semi-finals has been dashed. They were more bitterly eliminated because Suarez’s hand prevented the goal after 120 minutes. Until now, many Ghanaian players are still bitter.

$100 billion up for grabs for Green Energy startups in South…

Women in Innovation: Unleashing opportunities to change the… 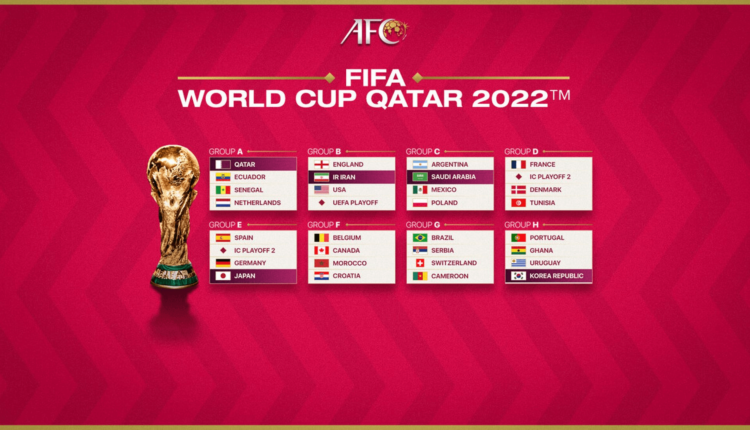 This is a better opportunity for Ghana to repay this debt. Uruguay’s golden players have stepped to the other side of the slope of their career. The Suarez and Cavani were no longer at their peak.

However, world football star Cristiano Ronaldo still appears in Portugal’s squad this time around, and Uruguay has strikers Suarez and Cavani, so it won’t be easy for Korea to advance to 16.

This is the first time the World Cup has been held in the Middle East region. The Qatar 2022 World Cup will take place at 8 stadiums across Qatar from November 21 to December 18 to avoid the hot summer weather. The South Korean national team has set a challenging goal of reaching the round of 16 after 12 years since the 2010 South Africa World Cup season.

GOT A STORY? Share with us. Email: [email protected] or [email protected] WhatsApp: +233(0)244822034
2010 South Africa World CupfootballGhanaGhanaian playersQatar 2022reviewtable groupWorld Cup 2022
0
Share FacebookTwitterWhatsAppTelegram
Subscribe to our newsletter
Sign up here to get the latest news delivered directly to your inbox.
You can unsubscribe at any time

Those Craving for Dumsor are Wishful Thinkers

Women in Innovation: Unleashing opportunities to change the world