Prophet Kwakye made this admonition in a sermon with his audience at the Church’s auditorium at East Legon in Accra last week. 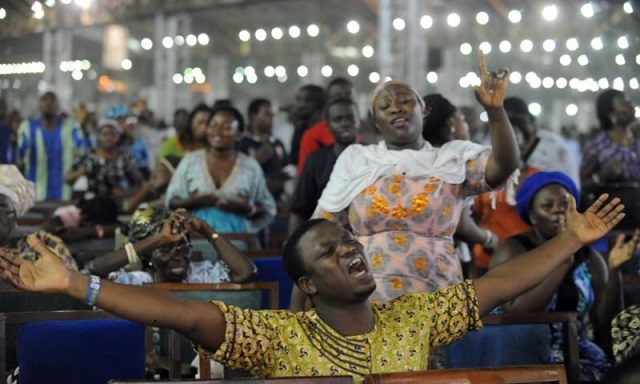 Founder and Leader of “Heaven Protocol Ministry” Prophet Gabriel Kwakye, has urged Christians not only to value God in worship but also value their time with Him.

According to him, since Christians, as humans see time as money and thereby value it, they should do same with their time with God, as He will also recognize and reward them for such endorsement of time with Him.

“Value your time with God. Value Him who gives life, who takes away disappointment, bad things and prepares you for better things in His own time,” he charged.

Prophet Kwakye made this admonition in a sermon with his audience at the Church’s auditorium at East Legon in Accra last week.

He noted that most worshippers have not had their requests made to God answered because of their irregular time with God. Prof. Kwakye pointed out that in the Danielic era, where God used to answer people’s prayers, such as saving Daniel and co from the lions’ den, was because the people had time for God.

As a result, God chose to descend to the aid of the people when called upon in trying moments.

These days, however, people choose to do their own thing with their time with God, preferring things like parties, funerals, social gatherings and many more, to being regular and punctual with God.

“People attend church for few hours at their own time, irregular and without punctuality. Even while in church, they tend to attend to their phones, instead of attending to God. In this respect, people tend to make God rather descend at their quest. As a result, God is no longer in the church!” he bemoaned.

The Prophet intimated that these days, people go to church in all manner of dresses that seem abominable to God, with all sorts of mindsets, backbiting and many more. These attitudes, he noted pisses God off, thereby preventing his spirit from descending into the church as against ancient times when such attitudes were non-existent in the church, he disclosed.

Prophet Gabriel Kwakye of “Aben bebom”, and “One Day One Day” fame, charged his audience to get time for God, so as to enable Him also get time for them. This is because if you get time for God, He will also get time for you and do you good. He declared that with God, all things are possible. He advised against going to God because of one’s problems. Instead, they should go to him, value Him, and let Him be their strength and salvation; that they should not put their trust in man, their acquired properties, money, power or their position and standings in life.

Citing Judges 16:20, Prophet Kwakye stated that seeing God makes one a royal and enables him to go places; a situation that ensures goodness for the true follower of God.

“Look for God, Have time with Him and He will make you a royal, a good person and send you to places!” he charged.

Prophet Gabriel Kwakye hinted that testimonies abound in his ministry because he has time for God. According to him, despite the ups and downs associated with his fellowship with God, he had devoted his times with Him for over 38 years.