The G20 or Group of Twenty is an intergovernmental forum comprising 19 countries and the European Union (EU). It works to address major issues related to the global economy, such as international financial stability, climate change mitigation, and sustainable development. 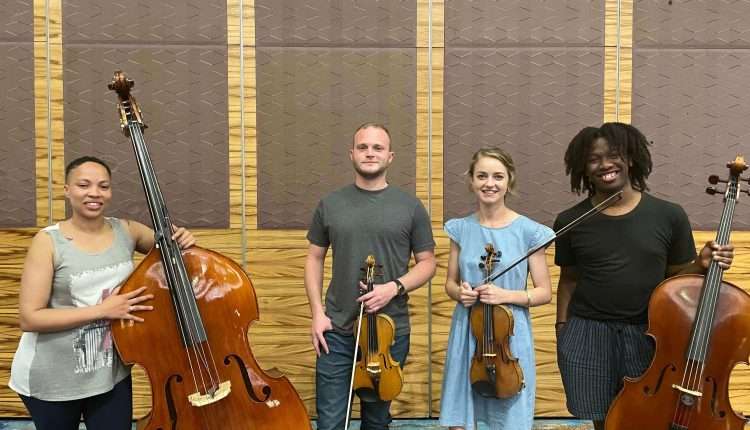 Representing South Africa on a global stage, four members of the recently formed Mzansi National Philharmonic Orchestra (Mzansi NPO) have been invited to participate in the world premiere performance of the G20 Orchestra in Indonesia. This concert will take place on the 12th of September 2022, in Central Java’s Borobudur Temple in Magelang, Indonesia.

The G20 or Group of Twenty is an intergovernmental forum comprising 19 countries and the European Union (EU). It works to address major issues related to the global economy, such as international financial stability, climate change mitigation, and sustainable development.

The G20 Orchestra is a newly founded orchestra in Indonesia that chairs this year’s G20 Summit Presidency. Ananda Sukarlan, an Indonesian composer, and pianist, who is also the Founder and Artistic Director of the G20 Orchestra, has promised the highest level of music-making that classical music lovers can expect from the G20 Orchestra World Premiere, with some additional freshness brought to the programme by its cosmopolitan participants. The motto of this year’s G20 Summit, in the wake of the COVID-19 Pandemic, is ‘Recover Together, Recover Stronger.’

The central piece in the programme is the Piano Concerto No. 4 by Sergei Prokofiev. The Russian composer wrote this moving piece under commission from the courageous Austrian pianist, Paul Wittgenstein, who had lost his right arm while fighting against Russia during the First World War. The G20 Orchestra would also play five songs from A Child of Our Time, an oratorio penned by the renowned British composer Sir Michael Tippett. Tippett wrote his anti-war masterpiece during his three months incarceration for being a conscientious objector during World War II.

“One of Mzansi National Philharmonic Orchestra’s prime objectives is to harness the skills of talented, young South African musicians by broadening their orchestral experience and performance opportunities. So, it is my profound pleasure to announce the names of the four musicians, all under 30 years of age, chosen from the ranks of the Mzansi NPO to represent South Africa on a global stage. They are the violinists Jonathan Mayer and Carli D’Alebout; the cellist Chris Njapha; and the double bass player Jonalene Taylor,” Bongani Tembe, Mzansi National Philharmonic Orchestra, stated.

“The four young and brilliant South African musicians contribute a high degree of artistry to the G20 Orchestra, not only through their technical prowess and accomplished musicianship, but with their warm and kind personalities as well. Their presence brings a warm atmosphere which is important to establish friendship and brotherhood among orchestral members. Their hard work and discipline are also highly appreciated by the fellow members and organizers, and they certainly have a bright future with the highest qualities that they possess as musicians and humans,” says Ananda Sukarlan, composer, pianist & artistic director of the G20 Orchestra.

Shaping our Future in a World in Transformation