Ever since Strongman left “THE MIC BURNERS” record label, Amerado has been throwing indirect shots at him with the slightest opportunity he gets. 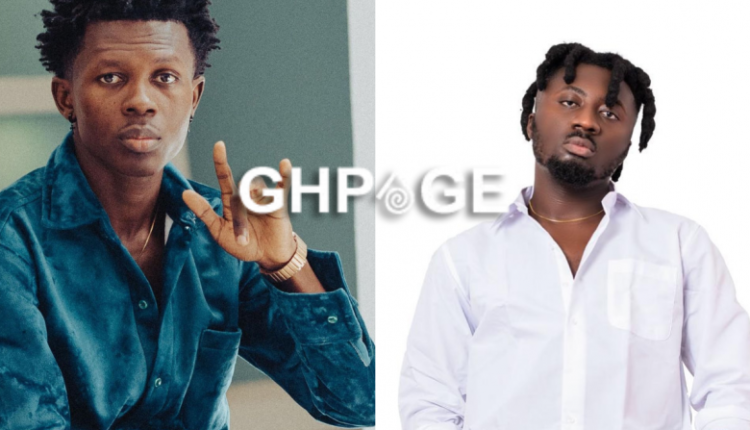 Strongman Burner has finally addressed Amerado’s consistent attacks on him in his songs.

Prior to Strongman’s move to Sarkcess Music and later becoming an independent act, he was on the same record label with Amerado on “THE MIC BURNERS”.

Ever since Strongman left “THE MIC BURNERS” record label, Amerado has been throwing indirect shots at him with the slightest opportunity he gets.

The talented rapper has finally opened up on Amerado’s intense hate and dislike for him during an interview with MC Portfolio on ABN’s Radio One.

According to Strongman, he sees Amerado as an underground rapper who will rather enjoy massive benefits when he replies to his shots as a rapper.

He added that he has paid his dues in the music industry because he has been actively rapping for a decade now so the likes of Amerado will obviously take swipes at him when they get the opportunity.

Before he ended his submission, Strongman hilariously added that when it comes to beef in the industry, he is like the famous ‘duabo king’, he is very wicked with his replies.

Alot of music lovers have cautioned Amerado as to how he attacks Sarkodie and other heavyweight rappers unprovoked in his songs.

The young rapper has refused to listen to the worried fans reason he always throws indirect shots at his colleagues.

GOT A STORY? Share with us. Email: [email protected] or [email protected] WhatsApp: +233(0)244822034
AmeradoStrongman Burner
0
Share FacebookTwitterWhatsAppTelegram
Subscribe to our newsletter
Sign up here to get the latest news delivered directly to your inbox.
You can unsubscribe at any time