Sympathy For The Devil!

The lawyer, Nkrabeah Effah Dartey is widely quoted saying his client is married to a Ghanaian businessman. 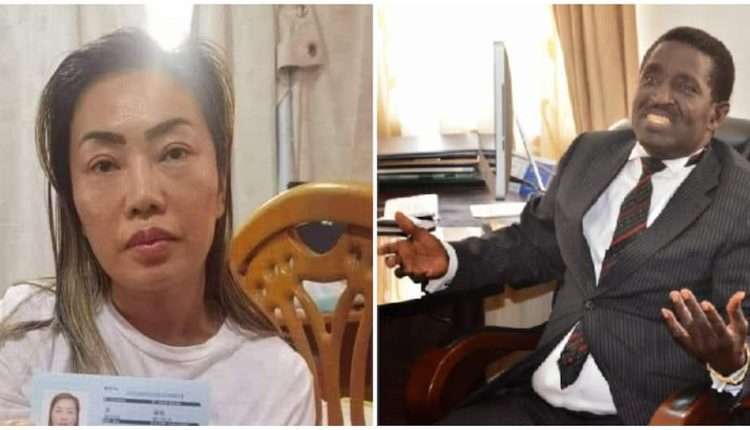 The Aisha Huang case like the chameleon keeps changing, each time with absurd developments.

Already the case is murky due to the cacophony of noises and the lack of consistency on the side of the handlers of information.

In fact, the last straw that has broken our back is the rather pedestrian argument by the lawyer of the prime suspect in the case-Aisha Huang.

The lawyer, Nkrabeah Effah Dartey is widely quoted saying his client is married to a Ghanaian businessman.

According to him, Ms. Huang’s husband holds a Master’s degree from a Chinese University.

Read this: “I know she is married to a Ghanaian. I know this because of her Ghanaian husband, a businessman in Kumasi and a Master’s degree holder from a Chinese University.”

“He came to my office to engage me as a lawyer,” he stated.

And so what? How does Nkrabeah’s legal fees make Aisha’s case different from those in jail for similar offences?

Since when has educational background-a certificate some has or doesn’t have become the measure of who to be tried in court and Vice versa?

Are those in jail for illegal mining related offences not Ghanaians?

Those whose mining machines were destroyed by the anti-galamsey task force, where do they come from?

Are we now going to try people for offences they have committed based on who they are married to?

Whose interest is Nkrabeah working? – for his legal fees or for the interest of generation yet unborn?

This paper is petrified and saddened by this moribund line of argument by the lawyer who ought to know better.

As a former Minister, Member of Parliament and a one-time presidential aspirant of the New Patriotic Party (NPP), we expect him to say something better for posterity to Applaud him.

His emotional reasoning born on the passions of the moment is to say the least very empty, and unpatriotic.

This is simply an act of sympathizing with the devil and that’s so regrettable.

As a Senior Counsel at the Bar, he should please not thrust his middle finger at us in our faces as we collectively strive to find a lasting solution to the galamsey menace hanging around our necks.

Queen Elizabeth was an embodiment of virtue, courage and affection – Bawumia