Dr Aggrey is also accused of the deceit of a public officer.He is on trial with two other people, including a man who claims to have found and sold the Lands Commission official’s Infinix phone. 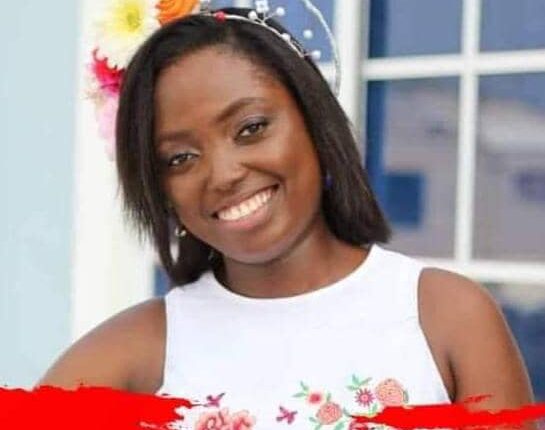 A Kumasi High Court is set to hear the first witness in a case in which a lecturer at the Kwame Nkrumah University of Science and Technology (KNUST) is accused of kidnapping his wife.

The Attorney General’s office informed the court that the first of three witnesses to be called by the state would be a teaching assistant who worked under Dr Wilberforce Nkrumah Aggrey at the Petroleum Department, the main suspect in the case.

Dr Aggrey is also accused of the deceit of a public officer.He is on trial with two other people, including a man who claims to have found and sold the Lands Commission official’s Infinix phone.

State Attorney, Charles Edward Yirenkyi, however, pleaded with the court to restrain the accused from contacting the witness to avoid any interference.

It comes after the key accused person and his counsel attended a successful case management conference session on Tuesday.

Rhodaline Amoah-Darko, the wife of Dr Wilberforce Nkrumah Aggrey, has been missing since August 30, 2021.

She is a mother of two who works for the Lands Commission’s Kumasi office as a Senior Lands Administrative Officer.

Dr. Aggrey was released after appearing in the Asokwa District Court on a preliminary charge of kidnapping, but was re-arrested to face new charges of kidnapping and deceit of a public officer in the Kumasi High Court.

After many attempts by his lawyers, Dr. Aggrey, who has been held in prison custody, has been denied bail.

State prosecutors provided all disclosures to defense counsel, including evidence they expect to use against Dr. Aggrey and the other two defendants during the trial.The court adjourned the hearing to April 26, 2022.

Cecilia Obenewaa-Appiah, the mother of missing Rhodaline Amoah-Darko, says she is confident in the processes.

Meanwhile, the family of the missing Rhodaline Amoah-Darko says it is satisfied with the court processes so far.

Her Mother, Cecelia Obenewaa-Appiah, sat through hearing for the second time.

She took time to address Friends of Rhoda, a pressure group seeking justice for the missing Rhodaline.

The mother says she has confidence in the Attorney-General and the court for justice.

“Oh yes! I think the Attorney-General’s Department is doing its work. They are very active and working as expected so we have hope in them,” she said.

“So far as the Attorney-General is concerned, they are working,” she added.