The Economics, Policy and Politics of the Fight against Galamsey

As the conversations intensify, the question I keep asking is “what is preventing the State’s policy approach – regularization and use of force—from becoming successful?” 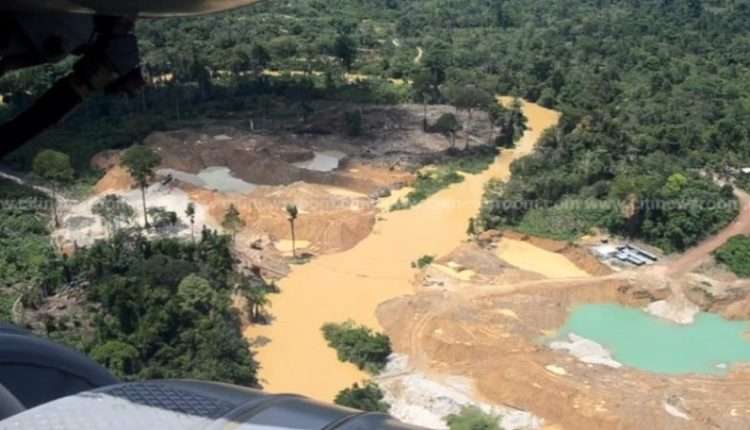 We are back to the issue of galamsey!  The president’s meeting with the National House of Chiefs and the MMDCEs, media reports with pictures of polluted rivers, conversations on social media, etc. are contributing to this renewed sense of urgency to act.

The Economics of Galamsey

During my doctoral dissertation research work some twelve years ago on the political economy of resource governance in Ghana, I learned quite a bit about galamsey. I was quite struck by the personal risks to those involved including the possibility of death. I also noticed strong economic incentives – jobs and earning a livelihood. I understood, while not excusing, the trade-offs made by those who engage in galamsey.

The small-scale mining sector (in which galamsey occurs) also holds strong economic incentives for the State. In the Small Scale and Community Mining Operational Manual dated September 2021, the importance of the sector is captured as follows:

“The sector employs about one million Ghanaians directly and many more indirectly. The sector also contributes to foreign exchange earnings and creation of ancillary economic activities. SSM stimulates local economy and also provides pathfinder clues for discovery of large deposits as well as provision of forward and backward economic linkages. Gold production from the sector has been increasing steadily over the past decade and in 2018, it reached an all-time high of 2.13 million ounces (43% of national production)”.

It is therefore clear that the State has a strong incentive in ensuring a thriving small-scale mining sector.

In tracing the State’s policy approach in the fight against galamsey, it appears that regularization has been central (Small Scale Gold Mining Law, PNDCL 218, repealed and integrated into the new Minerals and Mining Act, 2006 (Act 703). In my view, these laws provided a proper legal framework within which artisanal and small-scale mining could operate without disrupting its positive economic contributions to the economy. As the environmental consequences of galamsey gained traction, the State introduced another dimension to its policy approach – the use of the security forces (military in particular) to forcibly disrupt their activities. We have seen Operation Flush Out (Kufuor Administration in 2006), Inter-Ministerial Task Force on Illegal Small-Scale Mining (Mahama Administration in 2013), and Operation Vanguard (Akufo-Addo Administration in 2017). One distinguishing feature of the regularization and use of force by the State is the attempt to provide alternative livelihoods to those involved in galamsey which came with the Akufo-Addo government’s approach.

As the conversations intensify, the question I keep asking is “what is preventing the State’s policy approach – regularization and use of force—from becoming successful?”

The Politics of the Fight Against Galamsey

As with any policy issue that needs a solution, one cannot overlook its partisan political dimensions. We have two major political parties (NPP and NDC) in Ghana, both of whom have over the years made efforts to deal with this menace. I do not doubt that both parties recognize the critical importance of the small-scale mining sector as well as the destructive nature of galamsey, which is an illegal unregulated activity. But at the same time, I know both political parties are sensitive to the political consequences of any proposed policy solution which include the potential response of voters in galamsey areas and the exploitation of any vulnerabilities by their political opponents. What will give both parties comfort is galamsey as a zero-sum issue. Dr. Abdul-Gafaru Abdulai captures the political dilemma well. (See The Galamsey Menace in Ghana: A Political Problem Requiring Political Solutions?).

I have spent time reading and digesting the contents of the Small Scale and Community Mining Operational Manual dated September 2021. I have read several media reports on the National Alternative Employment and Livelihood Programme (NAELP) launched in October 2021. I have also read various updates on their (NAELP) social media page on Facebook. I have requested for and waiting for a full copy of the NAELP policy document.

I am of the strong belief that our policymakers duly understand the economic importance of the small-scale mining sector. They also understand the policy imperative to act:

The missing link between the economics and policy dimensions of galamsey is the most difficult part – the politics.

There is no denying the many political missteps in the fight against galamsey. But if we can build political consensus around the two policy documents I have referenced above, I see no reason why we cannot succeed in fighting galamsey.

Time and events will tell!